How to set up a more "coherent" web presence? 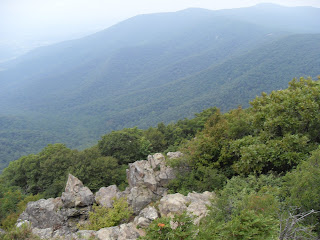 I know I’ve gone through my ideas about how to “consolidate” my web presence before, but perhaps now is a time to revisit the topic, out of concerns for “sustainability”, at least.

Although I have no immediate plans for major changes, I do envision a more compact presence, with redundant material removed, if situations in the future, such as insurability, “implicit content”, or job related concerns about “online reputation” (so mediate by social networking site mentality) require me to “simplify”.

Essentially, a consolidated presence would comprise a single “site” (although there might be more than one physical domain, for example, to use both Windows Server and Unix services), with a certain hierarchal structure. That organization would consist of these elements:

(1) A “Master essay” tracing my concern over the “social contract” issues, more or less along the lines of my Aug. 17 posting of my “docudrama” (documentary film treatment) outline. The essay might overlap other materials on the site and might be accompanied with some photos or video materials.
(2) Some specific topic essays, that would remain fixed in form, but that might be replaced once a year or so as “external world” circumstances change. These topics would stress first specific issues that I have worked on. A tentative list (or “functional decomposition”) might go as follows (and each essay might decompose further into codable subtopics):
(2a) The “don’t ask don’t tell” problem: the underlying mentality, and its effect on service
(2b) Internet censorship and “implicit content”
(2c) Family responsibility, and how our notions of it have flip-flopped
(2d) Fundamental rights and equality: when does our Constitution get involved?
(2e) The “online reputation” problem: social networking, self-publication, asymmetry, and accountability
(2f) The evolution of business computing (into and away from mainframe “culture”)
(2g) The sustainability of freedom

(3) "The Blog":
(3a) Microblog entries that point to current event stories, with coding to link back to categories defined by (2) above.
(3b) Occasional blog entries of an original nature for news that does not fit into the pattern already established.

One goal of this “restructuring” is to handle the “implicit content” issue and make my motives clearer. The essays remain relatively static (they essentially amount to an e-book) and do not represent a potential “future” problem (such as creating a fear that a confidentiality will be compromised). They present a world-view. In this regard, I have to note that I already have accumulated several sets of static essays (the three books, the “1996 essays”, the “2001 essays”, and the “controversial topics” directory on doaskdotell.com). These would be reduced to one “manageable” set, although the books (and running footnotes, frozen as of some date) might be kept online in e-book or pdf form. The essays would not be modified once published for considerable time, but would be effectively updated by label aggregations from the microblog entries (next).

The microblog entries point to news stories that can be grouped (by Blogger or Wordpress categories or labels), and tracked back to one of the master essays. The underlying point is to give the visitor an efficient way to track the “progress” (or “deterioration”) of a particular problem (for example, the H1N1 or H5N1 pandemic concerns) through credible and largely factual news stories with emphasis on the most established sources (like CDC for this example) without much editorializing or opining on my part (or anyone else’s). One of the best things about blogs is that (with labels) one can trace the history of a tricky problem (for example, online reputation defense), and some of that would be preserved with this approach. In this restructuring, the blogs would be A-record-linked to domain space that I own and presumably be more sustainable. Possibly many of the desirable features (like Next Blog) could still be used.

The reviews would actually help me network to get my own film ideas in front of agents and get them made. For that purpose, I personally believe that some passive networking (as well as the more modern formal “Zuckerbergian” social networking) would be effective for this purpose. It’s particularly effective in working with other young artists (filmmakers, composers, musicians). The reviews would be linked by label or category, but could be sequenced by approximate production date also.

Part of the marketing effort would be my own “creative writing” progress, including screenplay treatments or scripts; but because of some “implicit content” questions that have come up (as well as the so-called “third party rule”), it might be necessary to keep them in a privacy-controlled, non searchable space.

Advertising issues remain open. The other issue would be to attract constructive comments (and not pharmaceutical spam!)

Such a setup would be more stable and permanent, and would allow me to "leave it" for periods, for example to go overseas, for "real life".

I still have some MySQL database work on billboushka.com, which is “not very public” in practice, and I may try to integrate that. However, my “legal issues” wordpress blog on that site has attracted mostly spam comments, whereas Blogger in recent months has attracted much better comments, for me at least.
Posted by Bill Boushka at 2:53 PM