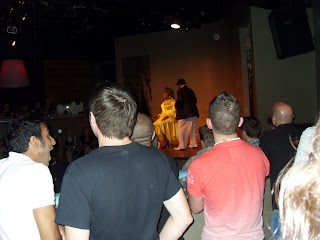 A company named Lifestyle Lift (site) (which does cosmetic surgery) has settled with New York State’s attorney General Andrew Cuomo, and agreed not to post anonymous reviews of the companies servies on various online forums and websites. The news story by Mike Sackoff appeared in WebProNews, with this link. The company’s practice had been colloquially called “astroturfing.”

Employees of the company will no longer act as “consumers” when on the Web. The company had also apparently created websites made to appear they were created by consumers.

The settlement is in line with recent concerns at the FTC with bloggers disclosing when they are “paid” to endorse products, as well as lawsuits against companies by celebrities who said that they did not endorse products.

The story also comports with recent concerns that some doctors are forcing patients to sign “gag order” contracts not to discuss them (or rate them) on the Internet.
Posted by Bill Boushka at 1:49 PM