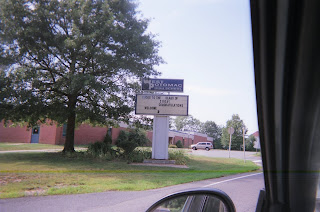 On Saturday, Sept. 5, 2009 The Washington Post ran a story about campaign finance reform, a matter that is coming to a head. On Wednesday, Sept. 9, the Supreme Court will hear oral arguments as to whether governments can limit corporate contributions to political campaigns. The case expanded out of a controversy about a “conservative” film “Hillary: The Movie” (reviewed here in May 2009), as to whether that film is essentially a political endorsement (or anti-endorsement).

The Washington Post story is by Robert Barnes, “High Court to Revisit Election Financing: film about Clinton opens a review of corporate spending,” link here. Mr. Barnes, the Supreme Court reporter for the Post, will hold an online discussion Sept 9 at 1:30 PM after the oral arguments (including new Justice Sonia Sotomayor) conclude.

Philosophically, the question revolves around whether political influence belongs to those with power. Individual blogging can become a significant challenge to this hegemony, as pointed out in an old editorial (“Suffocating the First Amendment”) in The Washington Times on Oct. 12, 2005 (answering an accomodating Post editorial on Oct. 11). The Federal Election Commission did rule in 2006 that generally it would not regard individual blogs discussing political issues (like mine, such as “don’t ask don’t tell” or COPA) . As I indicated on July 27, 2007 this “conservative” newspaper editorial accidentally precipitated a bizarre incident involving my own writings (in late 2005) when I was substitute teaching. I discussed the incident with the Washington Times in 2008, which no longer made the editorial available online; the editors did go back and find it and thought the "coincidences" curious.

On Sunday, The Washington Post ran a related story about the decline of “registered lobbyists” on K Street in Washington. It’s by Dan Eggen, and is titled “Lobbyists Feel the Pinch as Downturn Hits K Street”, link here. Lobbying firms know that sometimes their clients face a choice between meeting a payroll and paying for influence in Washington. In 1988-1989, I worked for Lewin, which provides data on health care to clients, including lobbying groups.

However, the “democratization” of debate through the “asymmetric” effect of free entry in theory ought to reduce the influence of lobbyists. In fact, if I were paid to work as a lobbyist, I couldn’t ethically blog to express my own views on controversial issues (that gets to the “blogging policy” issue in another recent post). Yet “asymmetric free entry”, for self-publishing, at least, may come under legal and political pressure forcing “amateur” bloggers to become more accountable (issues about anonymity, Section 230, even media perils insurance, as discussed here before). That was what helped precipitate the 2005 public school incident above. We come around in a full circle. 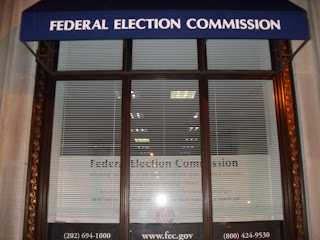