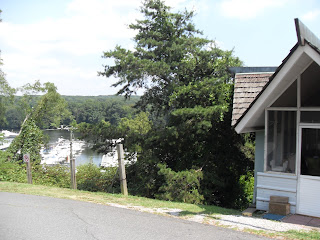 Wikipedia is tightening its editing standards as it matures as a major reference site. The main story appeared today Tuesday Aug. 25 on the Business Day page of the New York Times. The print title is “New Rules in Wiki World: Seeking accuracy, online encyclopedia will set a hierarchy of edit approval.” The online title is shorter, “Wikipedia will limit changes to articles on people,” with link here.

Andrew Vanacore has a story on AP and MSNBC here. CNN shouts that Wikipedia is no longer the "Wild West."

As the site matures, the paradigm, that the sheer volume of the community will force accuracy, needs tightening. The article says you just can’t see what sticks to the wall (no pun on Facebook).

A good question is whether volunteer senior editors should be publicly and conspicuously identified.

I might consider becoming such an editor in the future. But I’ve updated only one article, about “don’t ask don’t tell”, with a note about the Rand Corporation report (and now there is a notation, “clarification needed”).
Posted by Bill Boushka at 5:19 PM