What a "do ask do tell" docudrama would say: logic dictates a beginning ("asymmetry"), middle ("community") and end ("CODE") 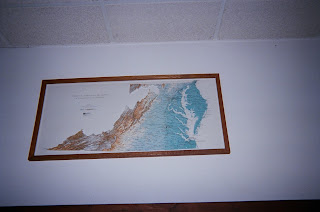 I am contemplating “my” documentary, which would explore the “problem” of individual sovereignty, how it developed, and how it is challenged by sustainability. I would use the slogan “do ask do tell” for it, to connote the idea of being and experiencing who you are, and being able to express it freely – until you run into the constraints. And the boundaries don’t come so much from your neighbor’s moat as they derive from having to justify how you got there. Yes, “justified” – scrubbed for the mags, for people’s competing fantasies. This walks the path of the knowledge of good and evil.

A good Silverdoc has a beginning, middle and end, just like a good story. I’ll outline my “argument” as a kind of expanded executive summary, and just hint at what the visual images would be (that dreaded “annotated bibliography” of college English classes!) I won’t be real specific as to the personal stuff yet because of privacy concerns, but the days for that will inevitably come.

Like a solution to a math theorem, this effort requires a “motivation”. In my case, there is a personal confrontation, or dispute, that calls for resolution, and generates the principled discussion. The specific problem is that others often want me to accept intimacy with others in circumstances dictated by the needs of others rather than by my own values. There are several scenarios where this happened, as in substitute teaching situation (and a hint for the video is the “pool days” incident, as well as a couple bizarre job interviews). There is a secondary problem, related to my asymmetric “high profile” publicly.

We usually look at “disputes” in terms of the market economy and the voluntary legal system, based on the freedom to enter into contracts and the obligation to honor them. (That’s the “Cato” view.) All kinds of matters get handled this way, going from job performance appraisals (yup, performance matters) to Suze Orman smackdowns on mortgages and personal finance. The general moral principle is simple: you keep the promises you voluntarily make (or “choose”); that includes supporting the children you have, of course.

But we all look deeper into what I grew up (in the 50s, in the historical shadow of WWII) at to the “deeper morality”: accounting for what you have in terms of the sacrifices made and risks taken by others (often your parents or other family members) to get you where you are. Much of our older moral code (“family values”, patriotism, faith) relates to this sense.

Moral values, beyond “just” the market, affect the choices you can even entertain or consider. Over the decades, there has been an improvement in “personal autonomy” and less attention to these older, less tangible moral expectations.

We used to think of autonomy as dealing with “private choices” such as consenting adult intimate partners. We connected the concept of “autonomy” to that of “fundamental rights.” Over time, and especially during the new asymmetric “Internet age”, we’ve come to see that autonomy or sovereignty is also tied to freedom of speech, and now freedom of publication and distribution. That may imply a potential contradiction, because the ideas expressed could (out of, say, a desire to implement moral or religious “virtue”, or even an absolute notion of “personal responsibility”) have an eventual impact on the freedoms of others, partly because of the asymmetry.

Even so, we can see a general concern that any person, in claiming his sovereignty (and some public “station in life”), has in some sense “paid his dues”, performed some service, had some accountability to other people. So some ideas about family responsibility (and the relationship to sexual intercourse) can indeed get turned upside down.

I’ve written a lot on these blogs about the asymmetry of Internet speech, particularly the “online reputation” and “implicit content” issues. I recently discussed these on my review (Aug. 13 on the book review blog, which see) of Lawrence Lessig’s 2006 book “CODE Version 2.0”. A person who broadcasts “out of turn” without having proving he or she can take the responsibility normally connected to family and social hierarchy, could attract risk to family or others connected to him or her inadvertently, partly because many people assume that all speech is motivated by narrow (monetary) self-interest in familiar scenarios, and interpret speech as invitation for harmful action. For the docudrama film, there could appear several skits (for example, see this blog entry on July 27, 2007).

But the whole question of family and hierarchal values raises a more basic issue, that of “living in a community.” The concept is well known from the way many people interpret the New Testament: hardship is inevitable despite people’s best efforts, and moral behavior requires living for the good of the group rather than yourself. One instantiation of this idea is Rick Warren’s “Purpose-Driven Life” – and the slogan “It’s not about you.”

In this view, marriage gives the two spouses of a couple the “station” to regulate the others in their span of control – benevolently, enough to give value to the lives of less competitive family members, even as adults. The absolute commitment of the marriage vow requires relinquishment of fantasy and the entry of an emotional space that transcends “rationality” and that requires some lifetime emotional sacrifice, something many people (like gay men) may not want to make. In return, the couple gets “power” and its commitment is supposed to guarantee moral justice. The way a young adult gains station is to compete for a partner and then marry, have children in marriage, and make the same commitment. The family is supposed to find value in the family created by their parents, and owe their parents absolute loyalty and filial responsibility or piety. Parents have considerable filial authority; in practice (because of their investment in lineage) if an adult child with kids dies accidentally, they could pressure a childless sibling to help raise “other people’s children” (as Phillip Longman, who advocates a new “social contract”) would point out). A system like this works rather like health insurance: it’s only good if everyone goes along. It assumes that the kids owe an automatic debt to their families, without which they could not exist, or would live in the streets (depending on how you see things). That is a major explanation for what we call “homophobia.”

But the “communal” view must translate back into (Lessig’s) “Code”, or the moral rules that every individual will be expected to live by. A lot of it has to do with sharing risks or uncertainties and common “burdens.” I can understand why, despite my intellectual and music talents, so much pressure was put on me to conform to gender norms. If I don’t step up and carry a rifle when it’s my turn, the risk is passed (unfairly) onto someone else. That led to the whole moral dilemma about the Vietnam era draft and student deferments (many location images possible here). And I showed how this links to the debate on gays in the military and “don’t ask don’t tell” as it erupted in the 1990s and continues today. For me a particularly painful part of my background is that I came (because of the teasing) to believe that I could not be competitive as a “husband and father” and instead found the “upward affiliation” of male homosexuality exciting. Perhaps I had "voluntarily" forfeited any "standing" for involvement with my world if I did not want to carry my future (and family's future) on through biological lineage (that's how some people, like at the Vatican, see it -- and priests and cardinals should talk). I had a psychological motive to demonstrate that many others (who did marry) were not particularly competitive, too; and that “existential” process certainly carries a moral double edge (rather like kibitzing tournament chess games rather than playing yourself). Hence, linking back to the opening of this posting, I resist letting others “assign” to me others I must be responsible for and “play family for” but that is what society may find it has to do; it can no longer, it says, afford to let me remain vocal and “get out of things.” (Many skits are possible here, obviously, some in gay spaces). Looking ahead to the post 9/11 period, I can see why some people around the world perceive that our media-saturated and “individualistic” civilization is achieved only at expense (or Marxist-speak “exploitation) of poorer people. The indignation lends itself to skits scattered across a few decades back to the 60s.

That leads me back to the high school and early college history that led me down this path, all very filmable, and covered elsewhere (starting with the 1961 William and Mary Expulsion followed by my “hitch” as a “mental patient” at NIH, but my being drafted and serving in the Army, but “getting out” of Vietnam, from 1968-1970. There’s plenty of “full metal jacket” here. In my “investigations” I have learned some details about the 1961 events that are particularly disturbing given what we have learned from the 21st Century debate on gay marriage. All of that lends itself to docudrama treatment in film, probably working back in time in “Benjamin Button” fashion. We do need to understand what most people meant by "morality" a half century ago, and where they were coming from. Some if this gets reflected by what my father used to say is the importance of "seeing people as people" and a willingness to value someone's needing "you"; how often today we say that clinging to someone is a pejorative.

But we do seem to be headed for a world where “sustainability” requires “generativity” of everyone, before he or she stands on a soap box. If so, that flips a lot of our ideas about choice and personal responsibility, and new CODE can ambush a lot of us. Remember, though, "generativity" has a lot to deal with underground "justice", and no free society can have perfect justice. Yes, you do need a community.
Posted by Bill Boushka at 4:41 PM