Self-publishing and the "asymmetry" risk 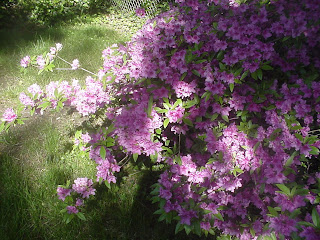 In the past, I’ve talked about employer blogging policies (for associates), as with the CNN case, presented in 2008. I thought I should review where my concern for this topic comes from, since the public usually now hears about this problem in terms of “online reputation defense.”

When I was writing my first “do ask do tell” book in the 1990s, I referred to some texts on i.p. law, especially: Kirsch, Jonathan, "Handbook of Publishing Law, for Authors, Publishers, Editors and Agents" Los Angeles: Acrobat Books, 1996. I was quite struck by the amount of due diligence that used to be required in conventional trade publishing, which regarded "getting published" as a big deal. For a book, in fixed format, I could so most of this myself, although I didn’t use any of the expensive copyright check and other services common then in the industry.

At the same time, online self-expression had been slowly growing since the mid 1980s, with a variety of relatively small services. There were various dialup user-groups in the days before http. But their overall visibility in general society was still relatively low. I didn’t get email until 1994 (AOL), and then depended on AOL and Prodigy proprietary content until the Web started getting more established for ordinary users in the mid to late 90s. People “in the know” would check corporate merger news on CompuServe, but this wasn’t something “everybody did” yet.

I self-published the book in 1997, and decided to keep “running footnotes” online available for free in two places: Hometown AOL, which had become usable in late 1996, and my own domain, which a workplace friend arranged for me for little cost in 1997 at the time of publication. After selling a few hundred copies and appearing on Minneapolis cable TV (which rebroadcast a lecture I gave on it at Hamline University in early 1998), I was running out of steam, so I put the text of the books online and allowed users to browse free. The policy was “pay if you can” but I wanted people to find my content.

By 1998 and 1999, search engines (Google was the largest but definitely not the only) were becoming very effective in making self-published people visible. This was a rather sudden development, partly because engines would pick up material even if not highlighted by metatags. (You could keep robots out, but that took effort). Many times the material was indeed picked up by robots looking for customers, but a substantial portion of the traffic came from people with legitimate interest in topics like, in my case, gays in the military. Furthermore, my own “political philosophy” demanded that I link this topic up with a myriad of other social issues. Public policy was one interconnected universe in my mind; it should not be looked at as a pool of competing special interests. Ironically, I got that notion from “conservatives” (and newspapers like The Washington Times).

So effectively I had, on my own with relatively little capital and no need for profits because I had a good job, developed or “innovated” a way to reach a large audience at little risk and influence the thinking of large numbers of people, without “paying my dues” or practicing the usual expensive due diligence of the past. I thought of this as a natural part of the process of globalization and “creative destruction”, so championed by libertarian journalists like John Stossel.

In time, however, the global reach of self-posted materials was starting to cause reportable incidents in the media. Some of them had to do with pornography or financial fraud. I had already vetted a potential “conflict of interest” problem over my book because my employer had selling life insurance to the military as a major line of business; a corporate transfer after a merger worked well as a solution. But I could see the problems that could occur in almost any workplace if employees in certain positions self-published controversial material. This problem could be particularly troubling if the associate had direct reports, spoke publicly for the company as part of the job, or worked for a “fraternal” employer whose “business” was based on bias. Complications could include inadvertent creation of “hostile workplace” problems, driving away potential clients with “sharp edged” controversy, and a belief that controversial posts not obviously motivated by “normal” financial self-interest could be viewed as enticing (a sort of “anti-selection” problem that we sometimes call “implicit content”).

Around 2002, essays appeared on employer blogging policies (after a few incidents where people, like Heather Armstrong of “dooce.com” got fired for their blogs). Typically they stressed protecting trade secrets and confidentiality, reminding readers that “you” didn’t speak for the company in your own posts, and avoiding defamation and discussing other coworkers or customers (or “stakeholders”) online.

In the meantime, around 2004, social networking sites took off, followed now by Twitter. But teen and college-age entrepreneurs like Mark Zuckerberg (Facebook) probably did not envision their services primarily as self-publishing tools (like what I had done in the late 1990s); they were innovating services helping people (particularly on campuses) to connect socially, academically and professionally. However, in practice, social networking sites, since they had full-scale blogging (other than Twitter, which is about micro-blogging) were often used for passive “publication” purposes as well as networking. (Ashton Kutcher uses Myspace and Facebook for real content as well as networking; just look). Most of the issues that get reported in the media has being about “reputation” really have to do with publication, rather than networking.

So it’s possible to maintain that the “asymmetry” of speakers like me creates a “systemic risk” that cannot be calculated or bounded. I’ve talked about this notion before in connection with blogger insurance (particularly in September 2008). Lawrence Lessig, in his 2006 “CODE Version 2.0” book, touches on the question as to whether publication and distribution are “fundamental rights” (as distinguished from the speech itself, which cannot be censored just on a content basis) while talking about the broadcast industry; in general, courts (as in the COPA trials) tend to support the idea that it is. Cooperative publishing and even indie self-distribution for films have become accepted and even common, relieving public companies from overly risky ventures. There's even a television commercial based on "the right to publish", even though a couple decades ago "getting published" was a "big deal" and seen as a privilege as well as an event that feeds vanity or ego. If self-publishing and self-distribution is a fundamental right (subsumed by the First Amendment), that might mean that government could not, with impunity, regulate the supposed “systemic risk” of asymmetric distribution (like mine) say by requiring insurance or bonding, although political forces could lead it to try. But private employers could gradually develop much more draconian practices. They could demand, for example, that some or all associates adhere to a "low profile" policy: that all social networking (even from home) be just that and use privacy settings, and that public "asymmetric" blogging be limited to narrow topics (chess, gardening, cooking, etc) or else require “third party review” as had been the practice with most book publishing in the now distant past. The HR world would need to develop “best practices” not only for “online reputation” screening of job candidates (which often pick off the wrong people) but for employee “self-promotion” when speaking and publishing asymmetrically in controversial areas (whether related to the employer’s industry or not). Such policies should be made available to job applicants. One practical reality in today's world of "reputation defense": if someone is precluded from global self-publication, he or she has no way to defend himself from attacks by others with own speech (without laywers, anyway). And many jobs require that people promote themselves very publicly on the largest online social networks.

It’s clear that the military has to consider issues like this, and that it will come up in any plan to repeal “don’t ask don’t tell.”

Resumes also raise questions, when posted globally, that didn't come up in the days that resumes were circulated on paper with French folds.

Asymmetric, self-published does indeed add a lot to the public debate on all kinds of issues (like, particularly now, reforming health insurance). It tends to make paid lobbyists and special interests just a little less powerful (a boon for conservatives, probably). But it does come with its own risks, that we are only now beginning to grasp.

An employer or business could decide that it does not have to accept an unknown systemic risk and complain that the associate or stakeholder had no intrinsic right to distribute the speech, when the actual motive is disagreement with what the speaker said, however valid the speech by normal Internet expectations. In a sense, then, this theory could be used for hidden censorship, especially of employees. Or it could be used in litigation in SLAPP-like suits, such as discussed Aug. 20 here with respect to the eminent domain issue.

Politicans, reacting to public "outrage" (like in the "Myspace case"), could come up with a scheme to require media perils insurance for any material available to search engines and not under privacy settings. Anyone like me who wanted to "get published" would again have to "compete", even "socially", the old-fashioned way.
Posted by Bill Boushka at 7:50 AM

Labels: asymmetry, media perils, privilege of being listened to