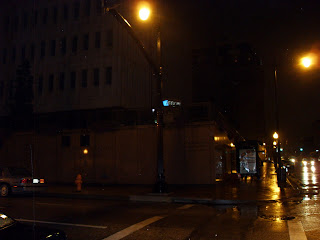 The report told of one young woman who was told by a prospective employer, “we like you, but we have trouble with the fact that you broadcast that you were a playgirl at your sorority.” And they had the wrong person. 44% of employers now check job applicants online (I don’t know if that’s for professional jobs only), and sometimes pick the wrong person without realizing that. It is amazingly easy to confuse people online, even when there are low quality photos. The HR industry ought to be tackling this.

The report mentioned Michael Fertik’s company Reputation Defender, and suggested that people stay away from “ranting” online, even when they are sure they are morally right, ought of a concern that they will appear “sharp edged” and drive away potential clients.

Many people have pages of references, however, in Bing and Google, with many of the references ambiguous or meaningless, often copied from other sources (sometimes illegally). The show made a wisecrack that anyone who searches his name will find “Lester Holt” (an NBC reporter) buried in the links.

One can also improve online reputation by making as professional an impression as possible on Facebook and LinkedIn (Myspace, not so much).

Today’s story was not available yet, but an older story (“Social netiquette: when poking isn’t polite”) from March 2009 is here.

Kirsten Dixon appears in the earlier segment.
Posted by Bill Boushka at 6:16 AM