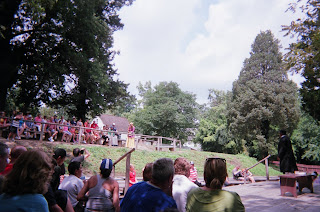 The Washington DC Examiner (which tends to the conservative side, maybe not so much as the Washington Times, though) has a commentary on p 25, on Aug. 6, by Ken McIntyre, “Associated Press outsourcing to leftist nonprofits is a bad idea”, link here.

McIntyre criticizes the concept because contributors won’t necessarily be “accountable to employers with a stake in the community”.

In the past couple of years, AP has been involved in some controversy over its complaints over the way some bloggers or “headline story collection sites” used its material, which it claimed was copyright infringement.

However, major media outlets often get permission to run and feature AP stories.
Posted by Bill Boushka at 6:02 AM