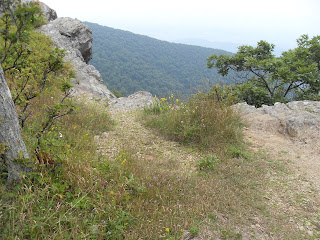 I’ve discussed abusive litigation and misuse of police powers on these blogs (and in my books) before, but George F. Will’s column on p A17 of The Washington Post today contains some of the most shocking anecdotes ever. The op-ed is titled “Bulldozing Freedom of Speech”, with link here and what he describes sounds like intellectual “mountaintop removal”. I guess Chicken Little is right sometimes, even if (as in the Disney film) speaking out risks not only litigation but one’s “family’s” online reputation.

Will starts by a discussion of an eminent domain case, Kelo v. City of New London, where the Supreme Court allowed the takings for public use, unwisely according to Will. Cornell Law School has a copy of the 2005 opinion here. Will then discuss a similar takings in Texas against the Gore family (not former VP Al Gore's)), and then the frivolous litigation against journalist Carla Main for her book (“Bulldozed: ‘Kelo’, Eminent Domain and the American Lust for Land” (Encounter Books) about the matter. The Amazon link is here. Will notes that even a writer who reviewed the book and the Galveston newspaper that published it were sued, and a law professor Richard Epstein for endorsement of the book on the book's dust jacket (the latter suit was dismissed, but apparently the rest of the litigation is still before a judge in Texas; nevertheless the book is still available). I note that I don’t recall any case before where anyone was sued for a review or endorsement of a “tortious” book (remember that line from the movie “The Insider”?) I thought about ordering it on Amazon and reviewing on my book’s blog, but is it “dangerous” for me to do so? Unbelievable!

USLaw has a review of the book (requires free registration) here.

Will discusses the Institute for Justice, “the nation’s only libertarian, civil liberties, public interest law firm”. The IJ has a December 2009 press release on the case here, where Professor Epstein's endorsement is discussed, here. (Note the long title of the IJ press release: "Texas Developer Files Lawsuits To Bulldoze Freedom of the Press; Targets Include Book Author, Publisher, Law Professor Richard Epstein and Newspapers that Published Book Review" (It sounds as though the newspapers might be protected by Section 230 automatically.) George Will notes several other frivolous cases against advertisers or small speakers in other real estate cases around the country. Will notes that in many cases the plaintiffs (and their attorneys) ignore the “opinion rule” where subjective opinions are not themselves libelous; only defamatory statements (purporting to be fact) that are actually untrue can be libel. It seems like some judges overlook this.

The Eminent Domain Law Blog has an entry similar to IJ's on blogger, here.

The Galveston County Daily News has a Jan 2009 article (By John Tompkins and Nathaniel Lukefahr) about some of Walker Royall's other issues with the Gore family, while discussing the litigation about the book, here. Item 22 of this "anvilpub" reference contains Royall's "justification" for the lawsuit against the reviewer.

Will also notes the effect of McCain-Feingold. I’ve previously discussed the controversy over McCain-Feingold and bloggers, which the FEC smoothed over with some administrative rulings in 2006, but not before I was personally involved in a bizarre situation (in October 2005) triggered by MF when substitute teaching (relating to m own website), discussed here July 27, 2007.

And he notes a special hearing before the Supreme Court on Wednesday September 9 (with Justice Sotomayor) to review some constitutional aspects of McCain-Feingold.

But the underlying problem, besides eminent domain, is the need for tort reform, including maybe “loser pays” and strengthening anti-SLAPP protections, implementing them at a federal level (they’re pretty strong in California).

Visitors may want to refer to Electronic Frontier Foundation, and to Renfrew Law’s site on “Strategic Lawsuits Against Public Participation”. This kind of intimidation through frivolous lawsuits has been known since before the Internet era, and incidents seem to be concentrated particularly in certain areas. Real estate developers have been known to be quick to file SLAPP suits that they know are probably illegal. There have been some real problems in some parts of the country dealing with “good old boy” alliances between developers and local politicians. Will the collapse of real estate and mortgage markets create legal “viral mutation” leading to more frivolous or SLAPP suits? Or perhaps it can be a bit dangerous for bloggers to complain about the McMansions going up in their neighborhoods, I guess. But there is a fundamental moral problem here: is speech supposed to be generated by what individuals or small groups think is right, or by what people can control through political, social and even familial hierarchies. This whole Gore case sounds like soap opera, a kind of Texas “Days of our Lives.” There are far too many “Stefano’s” around.
Posted by Bill Boushka at 6:41 AM

The Federal Anti-SLAPP Project (FASP) has written and is working to secure federal anti-SLAPP legislation, which Rep. Steve Cohen (D-TN), the author of libel tourism legislation, plans to introduce this September. The legislation is based largely on California's strong protections, and provides a uniform set of procedures that those who are brought to court on meritless claims arising from speech or petition can invoke.
The proposed legislation allows a defendant sued on the basis of speech or petition to bring a special motion to dismiss, and to recover the fees, costs and damages incurred in defending against the motion. For the text of the law, a summary of protections at the state level, and resources, see www.anti-SLAPP.org. There, you can also see the organizations who support the proposed legislation, and sign our petition in favor. You can also contact Samantha Brown, Legislative Director of FASP, at sb [at] anti-slapp [dot] org for more information.