Could Section 230 protections for "ordinary people" be weakened because of Web reputation abuse? 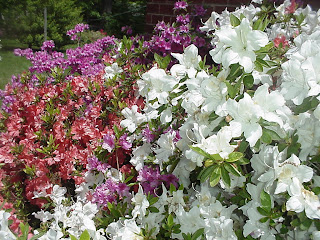 On the heels of the book by Sue Scheff and John Dozier (and Michael Fertis) about the ravages to online reputation by bloggers or columnists “with nothing to lose” and of a stern Washington Post column by Kahtleen Parker about the anonymity case and about how ordinary users were going to get whacked for sundering others on the web, I found an “Editorial Notebook” in The New York Times today, “Time to Be Afraid of the Web?” By Eduardo Porter, link here.

He wonders whether current incremental self-policing efforts “will do” given all the risks, and I do wonder why his college and graduating class would be so critical as personal information.

Dozier, an Internet attorney, wants, among other things, to weaken Section 230 protections (from the 1996 Telecommunications Act, the part of the "Communications Deceny Act" that survived the 1997 Supreme Court challenge) for operators who are not “real communications companies” – that is, it sounds as though he would want bloggers to be liable for comments posted on their blogs and webhosts of forums to be liable for defamatory posts. My immediate reaction is that bloggers would no longer allow comments and forums would not exist. Dozier wants to stop anti-SLAPP legislation, too; you can see where he may be headed.

As I’ve noted before (as on my review yesterday on my books blog of scheff’s book There are forces that see web asymmetry as a systemic risk, and want to shut down speech from those who don’t compete for social, familial or political standing (or don’t succeed at the competition) in a conventional, accountable way. (It’s the “nothing to lose” problem.) It’s true, some people(as was Scheff) are in jobs or familial situations that make them particularly vulnerable to unsubstantiated rumor, including those from non-credible commentators on the Web, given the ease of finding things by search engines.

I suppose that a nefarious party with a grudge could anonymously fill up comments on other people’s blogs and forums with accusations against someone. That person would still be liable for libel even if the hosting bloggers or forum moderators are not, and we know that sometimes courts will order his identity to be disclosed if he harmed someone. That sounds to me how it should be.

I used to allow all comments on my blogs, and had to start moderating them to eliminate spam, which our hosting service rightfully objects to. Sometimes an issue-oriented blog posting generates comments about individuals involved in a particular case. I generally have no way of knowing whether the comments are factually true. The comments certainly add nuance to the debate of the issue, and I accept them if they seem credible. I do reject comments that sound like rants or that are objectively illegal (obscenity), but I get very few of those. I am not 100% sure that this level of review shields me from all potential downstream liability, but common sense says that it should. But “establishment” newspapers and broadcast media websites will run into the same issues allowing (reader) comments.

The other big hooker, that Dozier did not suggest, would be if some day all bloggers had to be bonded or carry media perils insurance, which right now is too expensive and erratic for those with “nothing to lose” and even with many with something to lose.
Posted by Bill Boushka at 10:32 AM

Bill, I appreciate your thoughts. To clarify, I do not propose creating absolute publisher liability for blogs etc. I just propose giving that immunity without question to pure service providers, and then tailoring a solution for others. Take a look at some of the suggestions in my E-Bill of Rights. But you are correct that if blog and forum owners are legally responsible for comments of others, they would disappear from existence except for those who have no fear, have nothing to lose, or are located in a foreign land. That is not the solution, nor in any way my desire. Section 230 immunity needs to be changed in such a way that it continues to offer appropriate protection for the online world but also offers protections to society. Take a look at the E-Bill of Rights and you'll see suggestions relating to takedown notices, weblog maintenance, etc. that create a more accountable environment so the problem of online defamation and attacks is nipped in the bud.

I appreciate your thoughts. It's a dialogue that needs to occur in order for all of us to continue to enjoy our free speech rights and not have them hijacked by those who abuse those rights. They are ruining it for everyone.

My book review (linked in this post) has been modified slightly to add a little more detail to what he suggests about "publisher liability". See p. 226 of his book.