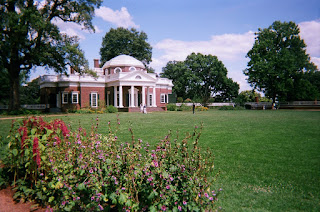 I recall back in middle school a history teacher saying “uh-oh, Susan T. was talking” and we all got detention. I there were some “Uh-Oh’s” in ABC Family’s “Greek”. But today, the comic “Uh-Oh” is back, and it isn’t funny: it’s an editorial on p A12 of The Washington Post on Aug. 10, 2009, “Uh-Oh, They’re Here: A persistent blogger annoys police, and winds up in jail.” The link for the editorial is here and the name of the blog, based probably on the movie “I Heart Huckabees” is “I Hearte Jade”.

The blogger, Elisha Strom, living or working and blogging near Charlottesville, VA, was charged under a Virginia statue prohibiting “identifying a police officer with intent to harass”. The blogger insists that everything she posted is available on public records (the blog is still available this morning). The police officer(s) involved were part of the Jefferson Area Drug Enforcement Task Force.

I could not find this wording in Virginia code. The closest I could find is “obstruction of justice” which is not the same thing (link). It must be buried in some other law. I can understand that it would be a crime, for example, to identify witnesses under protection, but they wouldn’t be on public records.

I didn't see anything remotely resembling the "wrong" that the Post editorial describes there as on her blog as it is today, and the Post editorial itself did link to it. Generally, journalists can report what they can see and film without "illegal" trespassing (with the established press, there are some circumstances with classified information and certain sensitivities; for "amateur" bloggers, as described in the EFF legal guide, the rules would be pretty much the same; it would be unusual for an "amateur" to get a hold of classified information outside of their own jobs, but in today's world it might sometimes happen.

It would worry me that the state could make something of the asymmetry of her posts: the absence of supervision, the instantaneous world audience, probably instant indexing in search engines and maybe Next Blog. Blogging can amplify, with no oversight, the effect of information technically public but difficult and costly to access in practice. As to constitutional questions about the “asymmetry”, we already visited them in the COPA trial in Philadelphia in 2006, and so far, “free speech rocks”, as Oprah says. I bet this case winds up on Oprah, too; I hope it does. I’ll try to push it.

Here’s still another account.
Posted by Bill Boushka at 5:45 AM

Leaving aside the legal issues, it's a testament to a totally obsessed woman. Celebrity stalkers and John Hinckley's "thing" for Jodie Foster are nothing compared with Elisha Strom's obsession with Charlottesville Police detective Brian O'Donnell and the JADE Task Force. Apparently Elisha once had a close relationship with O'Donnell that went bad: See her post

That relationship, whatever it was, started when Elisha Strom was a star witness in the politically-tinged trial of her husband, in which Brian N. O'Donnell was the lead FBI - Joint Terrorism Task Force agent:

It’s not clear how the relationship went bad, but Elisha says O'Donnell’s actions inspired her anti-JADE blogging and stalking, as she makes clear on her very first post at

She also had what appears to be a sexual relationship with another unnamed officer linked to the JADE Task Force (who she nicknamed "Boomslang"), and was using him to get confidential information about other officers and about JADE operations. See her post

She also says O'Donnell (who she nicknames "Longhead" or "LH") bullied her: See

Right at the end of the above post, she implies that she'll retaliate somehow if the FBI (probably meaning O'Donnell, who works with the FBI as well as the JADE and JTTF task forces) comes down on her.

It's not clear what she means by retaliation, but revelations of inside information on agents - possibly including marital infidelity and law violations - seem the most likely: In other posts, she claims to have discovered a married agent's mistress/girlfriend. She asserts she had close relationships herself with the possibly-married O'Donnell and "Boomslang." Maybe it's a kind of blackmail - "Leave me alone or I'll tell all I know." Were there other demands, possibly for money or other favors, we don't know about?

It's cosmically bizarre the lengths to which this woman went to stalk her prey: following agents into stores and gyms, finding out their pants sizes, tailing them within inches of their bumpers for miles into the country, going to the property rolls and then letting everyone know where their families live, where they do target shooting, what kind of cars they drive (even down to updates when something is added to or repaired on the vehicle), lying in wait for them at home, at work, at stakeouts, at court. When did she have time to work - or to raise the 12-year-old daughter she claims to have? Just the writing alone must have taken many many hours, to say nothing of the stalking.

There's even more evidence now that Elisha Strom was having a sexual affair with JADE Task Force detective Brian N. O'Donnell, whom she credits with "inspiring" her obsessive stalking, evidently after their relationship went bad.

This is really getting interesting.

Apparently this sexual affair took place during the trial of her husband, Kevin Alfred Strom, on child pornography and other charges. Kevin Strom maintains his innocence and says he was forced to plead guilty to one count because of perjury on Elisha Strom's part and the suborning of that perjury by O'Donnell. O'Donnell was the investigator in Kevin Strom's case. Elisha Strom was the only witness.

Elisha Strom has just posted a link to a recorded telephone conversation she had with said Brian O'Donnell, in which it is quite clear she spent the night with O'Donnell on at least one occasion. He is very nervous about his wife finding out about his relationship with Strom. O'Donnell also expresses fear about possible repercussions to his career on the Joint Terrorism Task Force and JADE task force and to his career as a Charlottesville Police Detective.

O'Donnell states flatly that Elisha Strom lied to him on several occasions.

Link on the I Hearte JADE site by Elisha Strom:
http://iheartejade.blogspot.com/2009/11/five-fer-friday.html

Link to mp3 of the phone conversation:
http://www.upload-mp3.com/files/116457_vyhex/BrianODonnell-games.mp3

Transcript of conversation:
Detective Brian N. O'Donnell: Of course I got upset. So yeah, I said things... You there?

Detective Brian N. O'Donnell: That was a good rant. I didn't want to waste it on thin air. I thought you hung up.

Elisha Strom: No, no. It was wonderful, fantastic, delightful.

Detective Brian N. O'Donnell: The point is, OK, you know, you treat me like shit. You have lied to me. You said you haven't lied, and you have. I know you have. I'm not going to get into how I know, but I know you have. You were playing games. That's NOT RIGHT.

Elisha Strom: I was not playing games.

Detective Brian N. O'Donnell: You are now. Even mentioning my wife makes me nervous. You spend the whole night over here. You don't seem to understand. I'm a Task Force officer. I'm a Charlottesville Police detective. It's only your word right now. There you go.

Elisha Strom: I didn't bring anything up!

Detective Brian N. O'Donnell: Well thank you. That was decent of you. I meant that sincerely.

Elisha Strom: You know, you are just so arrogant --

Detective Brian N. O'Donnell: Is that -- is that fair to say? I was actually thinking that about you.

Apparently she's been arrested yet again, this time for violating her court order: