Are people reading blogs as much as they used to? What blog postings keep traffic up? Harping on "personal responsibility" doesn't work! 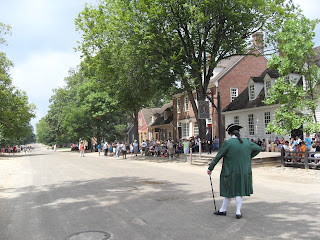 Yesterday, as I drove down to and back from Williamsburg on a not-as-crowded-as-usual I-64 and I-95 (don’t we get bored with these particular interstates?) in my new Koons Ford Focus I stumbled on “liberal” (somewhat) Pete Dominick and his talk show on Sirius radio “gadget” (it has to go through an "Aquiring Text" step to come on). They talked about a number of things like the Vietnam draft (could it come back), extending unemployment benefits (no, it doesn’t promote laziness) ; and, I thought I picked up a comment that people aren’t reading blogs as much as they used to. Part of the reason (given on the radio) is that employers, especially military and government-related employers, have cut off access to amateur content out of security concerns.

I’ve noticed a drop-off in traffic since May myself, although earnings are about the same (they dropped off a cliff last winter during the recession but came “roaring back” in March). But the quality of traffic (the bounce rate) per visit is better, according to analytics. Other bloggers have “complained” about drop-offs in traffic and/or earnings recently.

There are a lot of things that affect a blogger’s traffic. One is that the interest in the blogger’s subject matter changes a lot with the times (traffic tends to get lighter in the summer, and pick up in the fall). Another is competition with more blogs. Still another is technical issues with how search engines work. I find that most of my blog postings show up within a few minutes, but sometimes the specific posting doesn’t come up, just the whole blog. Sometimes on older postings the wrong posting comes up, which would annoy visitors cause them to stop looking into my material.

Until May, a lot of my traffic was on the TV reviews blog, and seemed to come from California, especially during business hours on weekdays. I made a posting about John Stossel’s “unsympathetic” opines and ideas (“you can’t talk about this”) and on that blog traffic dropped off. Did I anger people? That’s just the risk of telling the truth. Coming from a libertarian-to-conservative background myself, his comments (about “personal responsibility” and “creative destruction”) have always appealed to me (even if they sound like they belong in “The Washington Times”). I did see very angry comments on ABC’s blogs about that particular show, and I’ve always wondered about it since. But I can think back to the 1999 “Southpark” feature film and remember how it was an animated call for “personal responsibility”.

Some postings “spike” with requests, partly because of Next Blog, or because they are recent search results, and they tend to be postings about controversial issues where there is not a lot of competing material. The most successful blog posts would (1) deal with an unsettling or controversial situation and (2) not have been written about a lot by others and (3) if possible, include eyewitness reporting or material by the blogger not available anywhere else. Sometimes “connecting the dots” in an original way will give a post buzz. I try to focus on edge topics that I think are important for personal sovereignty and freedom of expression. There are a variety of special topics (here “special topics” is rather like what a university means by it when offering a seminar) in this area, in no particular order. Some of these, for bloggers, would include “libel tourism”, media perils insurance, quirks in (DMCA or section 230) safe harbor or downstream liability protections, domain names v. trademark, “free entry”, “implicit content.” In other areas of life they include aspects of the environment debate (I like the “mountaintop removal” debate), public health (“social distancing” and the politics of disease transmissibility), eldercare and filial responsibility laws, “demographic winter”, “aesthetic realism”, “existentialism” and moral values or “rules of engagement”, the “it isn’t about your” concept (“purpose-driven life” of Rick Warren). Oh, yes, there is the military "don't ask don't tell" policy for gay people, that is so easily replicated in civilian areas (like teaching). As for "gay marriage", well, equality sometimes really does matter, in subtle ways, especially for singletons and the childless. Some other areas, like the financial crisis and mortgage meltdown don’t get as much attention (on my blogs) because there is so much coverage and it is hard to be original (a post about new “short selling” rules is hardly shocking).

In 2007 and 2008, it seemed that everyday there would appear a critical story in one of these areas. But the news has "calmed down" a bit (the Obama administration has actually calmed things down a bit), and some of the postings may seem a bit like TV reruns. But news goes in cycles. Controversy will return.

What makes blogs effective is to keep continuity up and the reader’s guard up on those sharp edges in the news; conventional broadcast journalism still doesn’t quite do that, as it has to go for a larger common denominator.

I’ll close this particular post with an anecdote from Revolutionary City in Williamsburg yesterday. George Washington, in an address, says that a generation should pay its own debts and not pass it on to its kids. (Actually, Thomas Jefferson would soon articulate that, with 19-year generational cycles.) I put down my papers and soda and clap. But no one else does. I’m surprised. That’s just was Congress, the president, and most “regular citizens” need to hear, today. A bit too much about "personal responsibility", Stossel (or Soutpark) style. Maybe that’s too “conservative.” 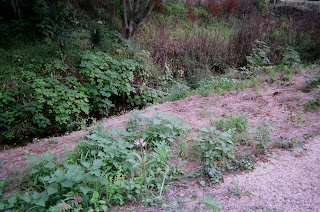 ABC News is warning webmasters not to put hidden text on sites just to attract search engines, and don't deliberately display something different to search engines than to users. The story by Ki Mae Heussner is here. Look at what happened to the site of Senator Kay Bailey Hutchison.
Posted by Bill Boushka at 10:28 AM