Web industry will self-regulate its way of tracking web surfers; how does this affect individual publishers? 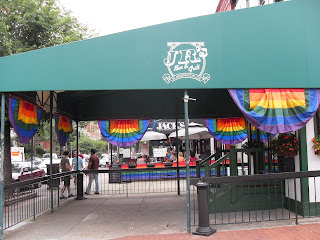 Stephanie Clifford has an important story under the New York Times “Media & Advertising” series in the Business section, p B4, of the paper Thursday, July 2, 2009, “Industry Tightens Its Standards for Tracking Web Surfers.” The link is here.

She refers to an industry consortium's whitepaper “Self-Regulatory Principles for Online Behavioral Advertising” published in February 2009 and available (PDF) at the FTC website here.

There are some changes. One is that data collection procedures be made apparent in plain sight on a website or in an ad rather than buried in an obscure privacy policy, which almost any commercial website today must have. That has even been a controversy for bloggers, as to how they should display such a policy. I have chosen to leave them “in plain sight” at the bottom of the blog web page as a widget (look below if you like). I also think that “business privacy” (having to do with the theoretical risks of doing business who blogs at all – the “you can’t prove a negative” problem) , which I explained here in a blog posting May 25, becomes an issue potentially as controversial as data collection would be. Beyond all this, there is the idea that web surfers ought to be able to see what data is being collected on them. In theory, this is like saying consumers need to be able to see their credit reports, or, even taking this further, how their “insurance scores” are calculated – a way to go at the moment.

Google has its own take on this on its “pubic policy blog” here.

It’s fair to say that the future health of individualized speech on the Web has a big stake in industry and publisher self-regulation.

Mediapost has an interesting article by Wendy Davis, "New BT Principles May Not Go Far Enough To Stop Regulation", link here. Note the reference to a comment by Electronic Frontier Foundation attorney Lee Tien, arguing that "self-regulatory programs will not adequately protect privacy because consumers currently have no way of knowing their privacy has been compromised, much less complaining about it to an enforcement body." 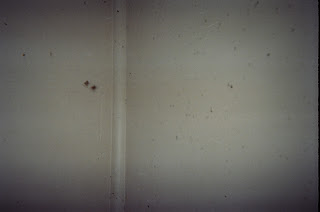 Ian Paul has a (July 10, 2009) PCWorld article "Does Google Know Too Much About You?" here. Again, I don't bite feeding hands, but I recommend reading the article and keeping an open mind. True, a future hostile government could expropriate information intended to be used "benevolently." But the younger generation doesn't look at privacy the way its parents did.
Posted by Bill Boushka at 3:59 PM

Hello friends I am a foreigner visiting pages in another language, try to understand their language but it cost too much and that is why we invite you to my blog which is certainly very interesting and also a translation for your language I do this through a software sure your web is also very good, thank you very much now.