Tweet over apartment complaint leads to libel lawsuit (in Chicago) 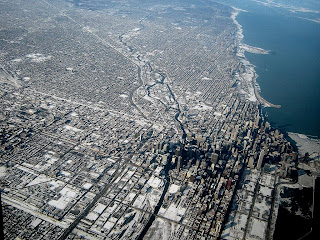 The company apparently had never complained about the Tweet while the person lived there. But, NBC Washington (mentioned below) mentioned that the tenant had complained to management in some way, and it’s possible that the suit could be viewed as a counter measure.

Much of the material from the news story comes from the Chicago Sun Times, in a July 28 article by Lisa Donavan, “Tweet about apartment mold draws lawsuit”, link here. The article contained a link to a PDF copy of the legal complaint, here.

The family-owned realty company was Horizon Group Management, and the spokesperson for the company is quoted by the Chicago Sun Times as saying “we’re a sue first, ask questions later kind of organization.” The spokesperson says that the realty company has a “reputation” to maintain, but such a bald statement could surely drive away prospective new tenants (at least “in my opinion”: the tone of the statement is rather shocking). If the tweets (as reasonably interpreted) are actually true, there is no defamation; truth is an absolute defense to libel in the United States.

To be fair, one should note that the spokesperson took a different tack when quoted in the Wall Street Journal law blog, “not so fast”, here.

The Twitter user id apparently resembled the owner’s name and the company was easily able to prove that the Twitter account belonged to the particular former tenant.
The company went to the trouble to say (in the complaint) that the account was made available to the public or the whole world, when it could have been private. But other media reports, such as on NBC Washington on July 29, suggested that the account had about seventeen followers, and that it is unlikely that many more people than that saw the post until the lawsuit and ensuing publicity occurred. Twitter is unlikely to have the practical effect on the reputation of a business entity that a book, movie, commercial broadcast, newspaper article or conspicuous blog entry would have. And as actor-producer Ashton Kutcher demonstrated on a Larry King Live appearance, some people write short tweets in great volumes, but they are normally “forgotten” quickly. In this case, it is unlikely that the “whole world” would have heard about this matter without the lawsuit and ensuring media coverage.

There have been some other cases of people being sued for tweets, which must be less than 140 characters in length. I see that I discussed this problem July 12 in conjunction with Courtney Love.

I have been critical of depending on property or auto related “umbrella coverage” for this sort of thing, but such coverage might work in a case like this one, where you have a commercial plaintiff who admits publicly that it sues, and with a defendant who generally doesn’t blog or write in large volumes (although that isn’t known here from the available media reports).

I’ve also mentioned that there is some evidence that a few landlords are becoming concerned that online actions by their tenants could hurt them publicly, as with a case in New York written up here Jan. 27.

Attribution link for p.d. picture of Chicago
Posted by Bill Boushka at 3:54 PM