Time for the conservatives again: will individual "mandates" regulate innovation out of existence? 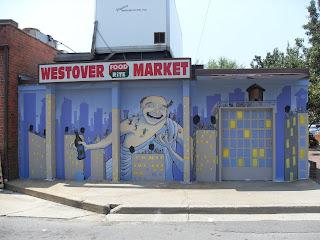 So, folks, they’re saying that part of the solution to a national crisis – paying for health care – is good citizenship from everyone. People who can afford to pay more taxes will do so to help provide coverage for those who can’t. (Yes, what about those who can’t…) But more important, everyone will be required or pressured to purchase insurance. Those who think they don’t need it won’t be allowed to cherry pick their way out. After all, even Clark Kent could get hit by a car when his powers or turned off, or get caught in the open with green kryptonite that he can’t remove.

We do this with auto insurance. In some states it’s formally mandatory, although when it is premiums tend to be higher. In others it’s mandatory de facto. And that’s true of homeowner’s – you can’t have a mortgage without it. For renters, it’s a good idea.

I wonder how far the “mandatory” or “quasi mandatory” insurance idea could go. Say, make it required of amateur bloggers or even users of social networking sites. That could destroy Internet business models as we know them, even if it would remove some troubling asymmetric “systemic risk.” Okay, there’s a difference between “publishing” and “networking” – but they obviously comingle. We obviously have a problem, to be solved at least by much more education (mandatory) of Internet users (even how to use security products), and by tort and SLAPP reform.

We can walk up the “mandatory regulation” curve for companies, and assess the new ways companies and financial institutions will be governed to reduce systemic risk. So it’s natural (especially for Democrats) to say that individuals should face the same regulatory pressures. People are like companies, right? Not exactly – what about families?

Think back where we were in 1969 when Man walked on the Moon. It was huge corporate and collaborative efforts, regulated by government, that seemed to drive our future. But that didn’t turn out to be the case. “Man in space” is stalled by enormous costs and bureaucracy (risk is relatively less an issue), whereas real revolution (like the Internet and the self-publication revolution) is driven by enterprising individuals, including those in dorm rooms not old enough to drink (legally). The dichotomy is worth pondering before we rush to so much mandatory this-and-that for individuals.

Picture: Mural by Britt Irick in Arlington VA (his blog).
Posted by Bill Boushka at 2:19 PM