Sotomayor and fidelity to the law: how would this have played out with DADT, COPA? 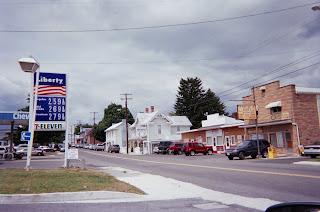 Well, the last couple of days we have heard a lot about fidelity to the law, from Sonia Sotomayor and from her inquisition. Yes, we all say that judges don’t make law. But the process of going through a review of the law against all of our constitutional and legal bases does, in fact, invoke a lot of questions about how deep-seated policy questions might be resolved.

At least, that’s how I saw things during my own writing of my first “do ask do tell” book. In Chapter 4 of that book, most of which I wrote and edited in the 1995 to 1997 period, I went through all the intellectual perambulations of what a constitutional challenge to “don’t ask don’t tell” would cause if it got to the court. Since the challenges always lost at the appellate level, there was never a “winning” case to get the Court to take it, but even at the appellate level, questions about policy and “fundamental rights” could be debated.

Why? One reason is that ultimately the capacity for military service ties back to the notion of a “social contract” – that a person ought to be able to share certain common uncertainties and responsibilities to be a fully equal individual. The military ban could affect civilians – a point of my own writings, and my own life shows it. Ultimately, there are policy considerations and philosophical values.

The same could have been said in the past about “sodomy laws” – as the dissent tried to argue in Lawrence v. Texas, and the necessity to “share” the responsibility to protect minors certainly sounds like a policy question underneath an issue like COPA, the Child Online Protection Act. Nevertheless, we must follow “The Law” must we now!
Posted by Bill Boushka at 6:18 PM