So, jailbreaking or reverse engineering could (virtually) topple your nearest cell phone towers? 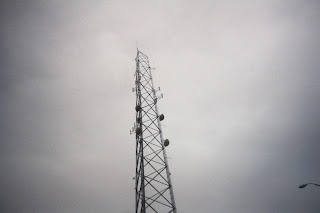 Apple is arguing that the nation’s cell phone infrastructure could endure catastrophic damage and outages from hackers if users are allowed to “jailbreak” their iPhones to receive unapproved software.

This might be viewed as both a copyright problem and possibly a “neutrality” problem, and an Internet safety issue.

The Wired story by David Kravets appeared here in his “Threat Level” column.

These arguments could mean that the Android phone on T-mobile is also a security peril.

Picture: Cell phone tower in the Florida Everglades, 2004 (my picture)
Posted by Bill Boushka at 7:38 AM