More on whiffle ball; bring back all the PA Turnpike tunnels (It was once the "Tunnel Highway") 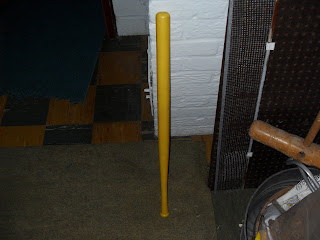 On a lighter note than usual, The Washington Post covered the ("field of dreams") Potomac Whiffleball League today, in a story (the last installment) by Less Carpenter. “Just Whiffle Ball? Not a chance,” web URL link here.

I find it amusing to see this story on a day when the baseball nationals completed losing a four game sweep at home to the Cubs in their first series under their interim manager. What, are they going to go 0-11 on this homestand?

You can look at the official whiffleball site, but the most interesting part is the diagram of the field, here. Center field is closer to the plate than the foul poles. 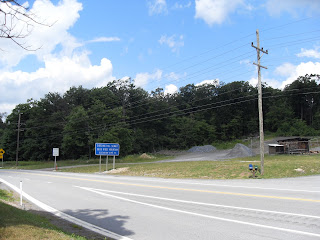 Today, I was in the Sideling Hill area of the Pennsylvania Turnpike, in a stretch where two of the seven original tunnels on the “Tunnel Highway” were removed. The biggest problem was originally the Laurel Hill tunnel, which used to generate backups because it was two lanes. I miss the tunnels in the 1950s trips to Ohio, and I found a writeup on the web about their removal here. Is this a good way to spend public transportation money today? I hope not. Originally the tunnels were considered marvels of engineering. A waitress at Fort Littleton told me how you can hike down to the original Sideling Hill tunnel (the longest), but the Turnpike Commission doesn’t do anything to make the instructions public. Instead, you can drive over Sideling Hill on US 30 and, despite its mere 2200 feet (it’s part of the “Ridge and Valley Province), see spectacular views as you descent toward the East. (Sideling Hill is well known for the vanity cut on I-68 near Hancock, MD; I think that these blast projects to avoid tunnels are as obnoxious as “mountaintop removal” for coal.) You can also drive a nearby back road over Tuscarora Mountain.

You know how Pennsylvania trademarks itself (not just "Keystone state"): "America starts here."
Posted by Bill Boushka at 6:40 PM