Is whistleblowing in private industry protected by law? 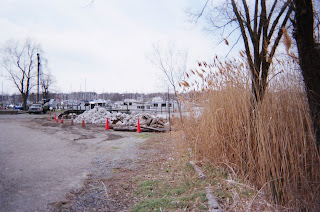 The Metro section of the July 7 Washington Post, in a story by Josh White, reports that a young funeral home worker was first put on administrative leave and then fired for talking to the media and appearing in a newspaper in a company van.

The company involved was National Funeral Home, a unit of Service Corporation International, and the employee was Robert Ranghelli. The story is by Josh White, is titled “Worker fired for describing conditions at funeral home,” and the link is here.

It was not immediately clear if a whistleblower lawsuit would work against a private firm as opposed to government. The Transportation Security Agency has attracted complaints for its handling of whistleblowers and has recently extended protection to whistleblowers, as in this Government Executive story (Feb 2008).

In the past, people have been fired for discussing their employers in personal blogs, sometimes for disclosing confidential information or for including photographs of company premises. Heather Armstrong’s “dooce” case from 2002 case is now famous. Here is an interesting account of a firing at Microsoft in 2003 from a blog called “eclecticism”
Posted by Bill Boushka at 5:28 PM