Government (Homeland Security, at least) to try social media for fibbie employees; what about "online reputation"? 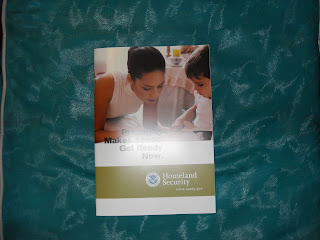 Kim Hart, in her column “The Download”, offered a piece on June 29 in The Washington Post, “Biotech start-ups show dedication, line up for tax credits”, link here.

But it wasn’t the innovations of biotech (maybe even stem cell research) that caught my eye; it was a discussion that starts after her section tag “Brave New World”: the assertion that the federal government is seriously looking at whether and how federal employees should engage social media: social networking sites, and now Twitter (perhaps Blogger and Wordpress to boot).

The Department of Homeland Security (“Ready”) even had a two day symposium at the Washington Court Hotel near Capitol Hill. They didn’t bother to notice what was going on last week in suburbia at Tysons (the Metro doesn’t go there yet), with the Digital Media conference that I attended and reviewed last week. And we learn that Facebook actually hires lobbyists (that’s so partisan).

Government will have to deal with the thorny question of just whose views are represented when something controversial (say home preparedness for catastrophe) is discussed on a department blog with someone’s name and “identity” on it. When somebody (an official, that is) blogs from home and people know who he is, there really can be a problem. The fibbies will learn quickly about the world of “online reputation.”
Posted by Bill Boushka at 4:32 PM