Facebook's future is the subject matter of speculation 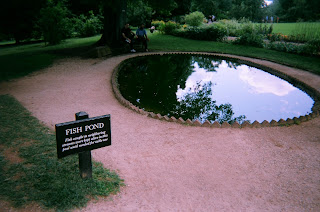 Kurt Soller has a sobering article on Facebook in Newsweek, a “web exclusive”, on its 5th birthday. It seems that it is ready for kindergarten – will it actually turn a profit and be able to go public?

Soller talks about some problems with the whole paradigm of social networking – he terms it “context collapse” (I hope that’s not a synonym for “colony collapse disorder”) – what happens when everyone believes that all information about people that becomes available at one time is equally relevant. He envisions profitability of Facebook by becoming a “service center” rather than social or even publishing center.

The link is here.

Likewise, free content and publishing platforms will have to watch the financial viability of their models in the long run, as pressures mount on individuals to consolidate their online presence and as “amateurism” works less well with advertisers.

There are stories that Facebook is allowing advertisers to key off of members' photos. Such a story appeared on WJLA Washington Feb 24.

Here is the story that I found on "Tech Shout".

And here is the post at the Electronic Privacy Information Center.
Posted by Bill Boushka at 5:57 PM