Today's tragedy at the Holocaust Museum: Yes, some constituionally protected free speech is objectionable, and it still must be protected 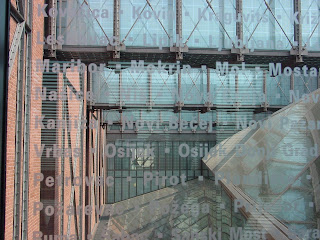 I don’t like to report on this, but, at least for completeness, I need to cover the tragedy today at the United States Holocaust Memorial Museum in Washington DC.

Once again, our commitment to free speech may seem challenged, as we learned today that James W. Von Brunn, who shot and killed a security guard today at the Holocaust Museum in Washington DC in what appears to be an incident of domestic terrorism, had run a website (“holy western empire”) and had a self-published a book (“Tob Shebbe Goyim Harog!”), which I could not find on Amazon. Domaintools.org gives information on his domain, which appears to be supported by a small private ISP.

I browsed through the PDF of the first six chapters (free; the rest is "for sale" and the site seeks "donations" for its "political" aims), and, while offering sentences that looked “authentic”, they seemed to amount to a typical white supremacist rant. In some ways, it reminded one of the “manifestos” by Cho or Kaczynski, but, while somewhat abstract, it seemed to have little “reasoning” to back up its “conclusions”. (Some – just some -- of Kaczynski’s “manifesto”, available on Wikipedia, makes some sense to me as a plausible argument about social or political values, although – there is an interesting Wordpress blog posting about his anosognosia. I recall the controversy about the Washington Post and New York Times "giving in" and publishing Kaczunski's "Manifesto" just before the Web era would take off.) There was plenty of name calling, usually perceived as “hate speech”, in Von Brunn’s “book,” as well as "Holocaust denial" and other outrageous claims (some repeated later Wednesday on Anderson Cooper's AC360 program; Cooper said "his writings are absolutely ridiculous)."

Many people believe that speech like these items should not be allowed on the Web. But, sadly, it is very difficult to define precisely in advance what is unacceptable; rather, like “obscenity”, you “know it when you see it.” (We’ve been through these problems with the trails of the Communications Decency Act and then COPA.) That’s why we have to resist any (political) content-based censorship of free speech at all, although European countries (particularly Germany, with its anti-neo-Nazi policies) do try.

What makes someone like Von Brunn tick? Is it a need for a perception of “superiority” to others? Is it a distaste for emotional empathy? I remember, while growing up, becoming very conscious of “pecking order” – that happens in any competitive society – and “family” cuts both ways in enabling people to “just live” in communities without the need for constant relative self-measurement. But for me "meritocracy" also became a convenient defense, because in some expected areas I did not compete very well myself.

On NBC Nightly News this evening (Wed. June 11), Brian Williams reported that hate groups are increasing in the United States, possibly because of the economy.

Interior of the United States Holocaust Memorial Museum in Washington, Wikimedia commons attribution link. I last visited the Museum in May 2007. I didn't think that photography inside the Museum was allowed.
Posted by Bill Boushka at 4:31 PM