The "Social Contract": how we make and are made by history 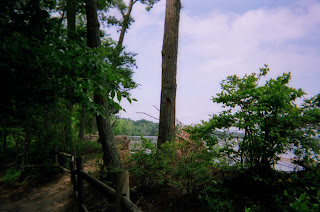 We all make history, or may have the opportunity to make history (hopefully for the better) in today’s world that emphasizes individualism. But the trends that I see – the talk of sustainability, generativity, and the recent media reporting on the renewed importance of familial social structures – certainly make me question how this will continue.

Perhaps at the heart of the matter is what some social conservatives like Phillip Longman call “The Social Contract.” It’s a loose term, but it refers to the obligations that others have to others in their family and community in consideration for what they have as individuals.

Since about the time of Watergate and the end of Vietnam, we’ve migrated toward an individualistic social contract. “You” are responsible for the consequences of the choices you make, and generally only that. As for the family, you are responsible for supporting, parenting and raising the kids that you sire – yes, hopefully within legally recognized and stable monogamous marriage (and that could include same-sex marriage). This idea became the heart of libertarian thought.

Today, because of demographics concerns over the long term sustainability of our way of life, we’re seeing the beginnings of a shift back toward a more “collective” social contract. It goes something like this: You have a fundamental obligation to develop the social and personal skills in caring for other people, and participate in doing so, whether or not you have children. Within that penumbra lies marriage. If you have children, you have the same obligation to raise them, but the children may turn out to become an “asset” that goes beyond the intrinsic personal value of lineage as we have come to view it in the past few decades (the personal value for many people had become less than it had been a couple generations before). That seems to be what Longman is getting at. Joshua Cooper Ramo, in his book “The Age of the Unthinkable”, mentioned it in quoting Brazilian philosopher Roberto Unger (book review blog, April 12). But, you can’t “get out of things.” That is as morally offensive as has been nonsupport of children you “choose” to have. We are migrating back toward a world that may value personal choice less, and there are plenty of rationalizations around (as with the preachings of Rick Warren and his “Purpose-Driven Life” – “it isn’t about you”). We may be rolling back from the principle that adult emotional intimacy is always reliably governed by the legal concept of "consent." Ironically, the “reconciliation” brought about by the Internet is help drive this change.

But all this sounds a bit like the “social contract” that I grew up with in the 1950s. But then, the “social contract” was much more gender-specific. As a young man, you proved yourself “competitively worthy” to have a lineage. Yes – this is a loaded sentence with disturbing implications – but that’s honestly how it was then. People need to understand this – at least as part of our history, even if people want things to be different today. I had some trouble with “competitiveness”. What was supposed to happen? Well, I was still supposed to get married and have children and carry on the family if I possibly could, otherwise fade into the family background and keep a “low profile,” living with a kind of “assigned station in life,” a concept so well met and countered by modern libertarianism. In a different way, it (the old “social contract”) worked that way for women too. A good “way out” then though was to become a teacher. That’s how it was. People don’t like to talk about this today (except maybe me and John Stossel). But we need to know that’s how things were. People in earlier eras lived their lives more collectively and did not make themselves painfully conscious of modern notions of equality -- and, yes, they could be taken advantage of.

Of course, we all know things changed – for me in the late 60s and 1970s. Curiously – and ironically today given my participation in overturning “don’t ask don’t tell” – a stint in the Army liberated me, and paved the way for a most expressive life after all. But things are changing again. The political climate today, combined with my own history during coming of age, make certain kinds of forced intimacy very problematic for me today. You can draw existential meaning from it if you like – but for me right now it is simply “one of the facts.”

Things will change again. We are made by history, but for the past few decades we have had the privilege as individuals to help make it. I hope we don’t lose it.
Posted by Bill Boushka at 6:32 AM