NJ blogger arrested for "incitement" after complaint from CT; an example of the "Brandenberg Test"? 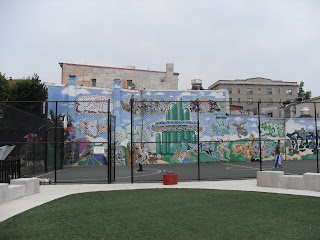 The First Amendment Center offers a detailed and instructive analysis of the limits of constitutional protection of speech that may advocate violence, in a variety of circumstances. The name of the article by David L. Hudson, Jr. is “Landmark case set precedent on advocating force,” link here. The core case is Brandenberg v. Ohio (1969) about Ku Klux Klan member Clarence Brandenberg.

The article goes all the way back to the sedition laws prohibiting criticism of the World War I draft to analyze when the government may prohibit speech that seems to entice people or encourage violent or lawless action. The general standard that has evolved in most cases is “imminent threat of lawless action” can take speech out of First Amendment protection. The “imminent lawless action” standard has tended to replace the “bad action” standard in use, especially by state syndicalism laws. It has loosely come to be known as the “Brandenberg Test.”

The law seems to need to distinguish between incitement and threats. First amendment scholar Rodney M. Smolla. ““The two — incitement and threats — are cousins and it is often difficult to determine which exception is most applicable in a specific case.” In a threat case, he said, “the harm takes place immediately, as the First Amendment doesn’t protect the use of words to engage in extortion and placing persons in immediate fear.”

There are some questions, of course. One area of concern would be the war on terror, and the practical effect of some of the speech that occurs in radical Islam. Another related area would concern war crimes.

Still another problem area could concern minors. The constitutional bar might be lower to protect minors who could be enticed into lawless action (although in the “Dateline” cases, the “threat” was obviously still “imminent”.)

Another interesting case concerns the Paladin Press book “Hit Man”. A book that contains a “recipe” for assassination might be viewed as “non expressive” and less protected.

All of this concern is motivated by an AP story on June 10, 2009, “Blogger accused of inciting attack on Connecticut lawmakers.” Harold Turner, a radio talk show host, was arrested by local North Bergen, New Jersey police upon a warrant from Connecticut State Capitol Police, in an operation by local North Bergen police which shows how interstate law enforcement can work quickly after issuing inciting language against two state legislators regarding a bill on Catholic parish finances. The First Amendment Center has its own link to this story, here. The story has a June 23 amendment (link below). But Turner reportedly had used “fighting words” against a state judicial system before (in a gay marriage case), but had not been arrested. In that situation, civil libertarians have to weigh competing interests: free speech, security, and the equal rights at issue in that previous state supreme court case. The state, however, must always be particularly sensitive with regard to the safety of judges, witnesses and jurors, and this has been reported as a serious problem by the media in many other cases before (as with the 2006 Lifetime film about witness protection, “Family in Hiding”).

This case bears watching. It would suggest that bloggers might have to be very careful with some of their “hyperbole.” Personally, it doesn’t sound like his “threat” was “credible”. But I am distant from the case.

The links to these stories were supplied by the Media Bloggers Association.
Posted by Bill Boushka at 3:12 PM