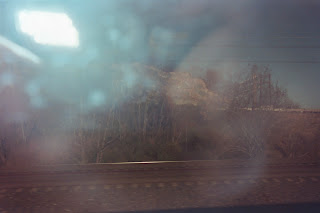 There is a new online newspaper, reportedly (according to David Carr in the “Media Equation” in the Business Day, url New York Times, June 2, link) formed by journalists laid off by the Newark Star Ledger, a paper that I remember in my days working for Univac on site at Public Service in downtown Newark (around 1972). It’s called The New Jersey Newsroom (link), and a cursory glance seems to suggest a conservative slant. Assemblyman Gary Chiusano has a column on “Why your property taxes are so high,” at one point writing “We hold a somewhat unique position among the other states in America in that we have developed a housing market that is run by the state government.”

I recall that back in the 1990s a township in New Jersey fined a rabbi for writing his sermons at home, apparently breaking a zoning law and taking revenue away from potential landlords and tax coffers. Yup, that sounds like another of John Stossel’s “Give me a break.” I wonder how they treat bloggers now.

Picture: Quarry, along the Amtrak line between Newark and New York City; the “stripmine” quarry has almost completely removed a small “mountain,” a caricature of “mountaintop removal”.
Posted by Bill Boushka at 5:30 PM