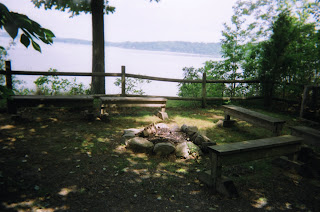 When I was growing up in the 50s, I developed a certain impression of what morality meant for young men, an idea that seems almost forgotten today. A man had to earn his place in the larger world by proving that he could compete for the ability to support women and children. Later, I got the impression that the moral requirement was something nebulous that we might call “social complementarity.” Society understood that not everyman really could compete, but no one was supposed to take the “easy way out” by “upward affiliation,” accepting emotional attachment to those above. Instead, everyone needed to learn to incorporate some of the goals of the group as his own and learn to care about people at various stages of need. That meant that one was expected to be open to some form of intimacy even when unwelcome. In practical terms, this was expressed as considerable pressure on men (and women) to get married and have kids relatively early in adulthood, before too much attention had been placed on the self.

Today, we see morality in terms of taking responsibility for one’s own choices. This is most often expressed as the requirement to raise the children one has fathered or borne. That has always been required, but early generations did not see having children as a “choice” the way we do. Children were viewed as an economic necessity and asset in practical terms as well as a way to have “vicarious immortality” though one’s sexuality. Having children (within marriage) gave one more leverage in meeting the requirements stated above, and even gave one some prestige and control within the family and community, sometimes at the expense of the childless.

Sexuality, at the moment where one “let’s go”, creates the incentive for one to transcend one’s own intentions and become connected to others. For many or most heterosexual men, it represents the opportunity to connect to “female” values of nurturing and sometimes sacrifice for the next generation or sometimes for others more vulnerable in the current or past generations. The conservative truism for this experience is “women tame men.” So men who do not become interested in women (often, male homosexuals) have no reason to be “tamed” unless society somehow otherwise compels them to. (I think that this relates a lot to past proscriptions against homosexuality.)

The tone of the debate in the 50s concerned issues like the draft and deferments, sacrifice, the importance of both forming and keeping a family, and how all of these relate to “station in life.” Yes, it was often unfair among groups and even seemed to serve a privileged “power structure” while defining morality and justifying outcomes in terms of commitment to marriage.

The idea of fundamental rights, to choose consenting adult partners and to refuse unwelcome intimacy and obligations is a more modern one. This libertarian paradigm offers “justice” in terms of individual ability and performance and is sometimes willing to leave people “behind” within any community or family unit. It becomes obsessed with deservedness, station in life, karma, and abstract notions of “equality”, all for their own sakes, sometimes resulting in situations (and motives) that seem almost absurd (and perhaps cruel) in normal human interactions.

But changing demographics, with an aging population and much more media and Internet attention to need, is likely to mean we will migrate toward a society where people know they need to share some obligations and capabilities that they did not necessarily choose, and that their capacity to do so will affect how they are regarded. We already have some elements of this with filial responsibility laws, which states, with recession-stressed budgets, might be inclined to try to enforce. Men who do not “choose” a marital relationship with “generative” potential may find they are expected to help do more of other kinds of support of others (such as eldercare) and may find themselves expected to taken on unchosen obligations created by the needs of others. Perhaps we will reach a time when people are not “listened to” until they have done so. This sounds like a prediction of a new kind of “social contract”, predicted by Phillip Longman and others. It wounds antithetical for freedom as we have come to understand it, but it would seem to follow what happens if “generativity” and “sustainability” become more important personal virtues. The kind of freedom that we have grown used to in the past few decades is dependent on technology, which gives certain kinds of people the ability to define themselves by “work” or “expression” outside of “complementary” familial or social relationships.

For me, it sounds pretty scary.
Posted by Bill Boushka at 7:35 PM