How do we politic? Run for office? Blog? Look at the opposite ends of a seesaw 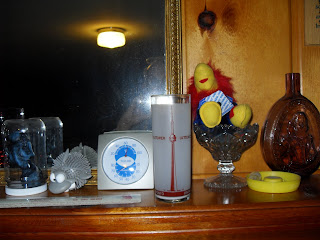 I have sometimes expressed a personal distaste for how a lot of “politicking” is done in the ranks. People are encouraged to mass email form letters to politicians about some narrow interest, without any pretense of objectivity. People go door to door and recruit others for their causes, call it “proselytizing”.

I do sign petitions (including online, such as with SLDN), but I always write my own letters to politicians (usually Congressmen) and usually go into more depth and cover the different sides of an issue. This was true back in the 1980s, when the gay community was fighting off the religious right on the threat of AIDS.

Of course, in the 1990s the Internet and Web appeared, and suddenly everyone was theoretically equal. Anyone could publish his analysis of something on the Web. Once search engines became so effective (by about 1998) individual speakers, with some asymmetry, could provide a major thorn in the side of conventional lobbyists. That was an idea that appealed to me. It became a major undertone of the ACLU’s arguments in the COPA trial to which I was a party.

I’ve said that “free entry” as a technique of distribution may not be a guaranteed “fundamental right” the way uncensored speech itself is, and particularly like the freedom of assembly or petition (somewhat group rights, or the right to organize, leading to the constitutional protection of labor unions) or the freedom of the “established” press (as opposed to an individual public speaker) is. Of course, individual speech is very valuable, and I can imagine some of the (constitutional) fights that could occur in the future, with some chagrin. I learned all this from an 11th grade history teacher who gave all essay tests and took points off for not being completely objective -- but not too many other people did, it seems. Some day, a lot of business (and personal) models could be at stake.

People generally are used to acting collectively – with petitions, campaigns, and by supporting partisan political candidates. People have asked me why I don’t run for office (including someone who gave a less favorable review of my book). That’s how you do things. People who have responsibility for others (families) have to do things this way, and not live in the fantasy of abstractions, as expressed on blogs.

But, individual publication and position-taking is still a new check on the system. Let’s hope we can preserve it, forever. It may prove to be a challenge.
Posted by Bill Boushka at 6:37 PM