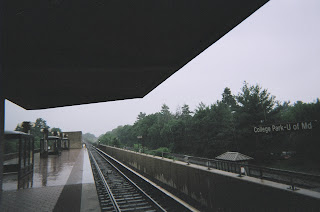 There are two ways that society distributes goods and services and recognition: through the market economy, and through political rule-making that we sometimes call “rationing”.

He goes into three areas that really amount to “rationing” indirectly, maintaining that an inefficient health care payment system is reducing the standard of living for everyone. It is. And, obviously, any single payer system would have to ration everything.

But what I think of with rationing is more like gasoline rationing, which was threatened during the Arab oil embargo of the 1970s (the odd-even system, and the threat of ration coupons as like another currentcy). Or even carbon footprint caps could be viewed that way. It becomes heavily politicized, based on the idea of what people “deserve”.

In elder health care, we are faced with tension of two trends pulling us apart. One the one hand, we can keep people alive longer. But families are smaller and often less emotionally cohesive than in the past, and the advisability of some invasive procedure later in life can depend on the availability of family support, sometimes from people who never had their own families now. It’s also true when you come to bone marrow or organ transplants at any age.

I have a science fiction script (not yet posted anywhere) about life on another planet where everything is based on “rationing,” without any formal fiat money. Yes, it’s an examination of “benevolent” totalitarianism. People are assessed by some sort of rite of passage, and their reaction to it (measured psychometrically), and put into various work categories and shipped into different “dominions” with different levels of technology accordingly. Then, in other communities, standard of living is determined in other non-monetary ways, like by how well their sports teams do (your really are a fan on this other planet). And it matters who has kids: some people have kids for others to become parents. It sounds a bit fascistic, or communistic (funny how much totalitarian systems have in common), or a bit like ancient Sparta (and, yes, earthlings are abducted and brought to the planet, which is facing a near-term cataclysm, just like earth; the earthlings are allowed to adjust in an urban synecdoche until they experience “rationing” and get sent to the “countryside”.). But I have a feeling that there are other civilizations within 100 light years of the solar system and that “rationing” and rites of passage are going to become more common than money. But maybe I’m wrong. Maybe economics is “universal” (literally) and so are business cycles of boom and bust. We might find the same old stuff like our 2008 crash on the nearest civilization. Every civilization on Earth so far has known economic business depression.
Posted by Bill Boushka at 8:22 AM