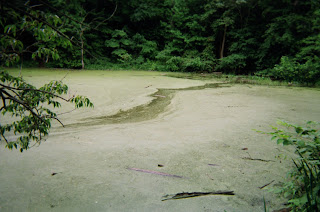 Electronic Frontier Foundation has created a website that keeps track of changes in Terms of Service of many providers, including YouTube , Facebook and Ebay. It shows before and after images with color shading (blue and yellow) to show deleted and added sections.

The website is called “TOSBack” and is here and it shows the changes chronologically in a timeline. It also tracks new policies (such as Wordpress). Data.gov also has a new policy that EFF is tracking. Many of the policies tracked are privacy policies rather than terms of use issues.

Back in the mid 1990s (during the time of Steve Case), AOL attracted attention with its “terms of service” which it had to rewrite as “rules of the road” in easy plain English.

Facebook created a flap with a change it its TOS that (because of some wording issues) suggested to some users that it “owned” the rights to their content, and then reverted and agreed to involve users in any changes of policy.
Posted by Bill Boushka at 10:06 AM