Why make an issue: "personal responsibility" and "performance"? 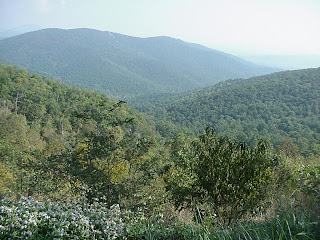 In many cultures, particularly outside the “West”, family members will drop everything they are doing to take care of each other. Not just children, and even parents, but siblings and more distant relatives also. People sometimes see this not so much a matter as “right and wrong” as something “you just do.” You belong to a family, you belong to a community, even if you didn’t create it; but that makes it come first. Traditional marriage not only sets up a home to raise children; the permanence of marriage used to be based on expectations of blood loyalty, not just of the spouse and children, but on the family member relationships that the marriage would generate.

That’s much less true in much of modern culture, where, with good reason (given US and world history), we have shifted much more toward individualism, even hyper-individualism, with separated and expressive “great expectations” enabled by (possible vulnerable) technology that changes and makes asymmetric the topology of our movements and especially communications. We have set up a competitive meritocracy, partially but not completely measured by financial success, and we “like” people who seem legitimately successful. The media promotes that notion. Who doesn’t “admire” Clark Kent? So we have to deal with an inherent contradiction, if we look at the “logic” demand it be followed (like a proof in plane geometry); we have to find a way to value everyone – but that was supposed to the “family”, right? Curiously, individualism has depended on another paradox: while it espouses libertarian principles, it uses public programs and taxpayer-financed safety nets or pseudo-annuities (all of them controversial and subject to eventual “Ponzi-like” failure) to take care of many of those in need and relieve the demands for loyalty. For people who don’t have their own children (and often for gays and lesbians) individualism has been a very important and freeing development.

The development of individualism has led to a lot of contemplation and discussion that sometimes seems narcissistic: about ‘self-concept” or “self-worth” (with plenty of hotel seminars on these), about worthiness or deservedness. Against this goes a faith-based counterpoint that finds salvation for those who will surrender to a higher calling. Still, the modern notion of “personal autonomy” or “individual sovereignty” has evolved after some painful social struggles that put individuals into competition with one another, for “worthiness”, sometimes to survive. Remember how student deferments from the draft worked in the 1960s? Remember the “moral outrage” that followed?

I do talk about these concepts a lot on my blogs, not out of any personal “vendetta,” but to show how they explain how many of today’s issues evolved. Terrible things are done to people, as they were to me in the early 1960s. I analyze and account for them, not out of any desire to “get even” but to teach and try to get people to look deeper into all of our issues today, to help them see where they need to draw their own personal moral lines. Forgiveness, I think, requires cognitive understanding as well as simple faith. Some of these “moral” issues still don’t get enough attention, for example filial responsibility. Others gain moderate traction, such as national service, and the “demographic winter” problem (and the evolving concepts of “sustainability” and “generativity”). Ironically, the Internet and its free-entry system, born of libertarian motives, has forced us to become much more aware of “collective” or “village-like” problems than we were even fifteen years ago.

I find that, in my own life, I need to know where I draw the line in some areas, such as expectations from others for certain kinds of intimacy. There are certain no-no’s today that indeed relate to the way I developed as a boy in relation to others in a peer group; these ideas have simply become postulates now, and provide a ruleset. I also need to maintain a certain amount (actually, a lot) of adult individual sovereignty in order to be open or generous with others at all. I simply cannot be “recruited” for the causes of others, for which I have no “ownership”, without the integrity that comes with real autonomy (and some separation from “the group” and even “the family”). Perhaps these concerns take on an “existential” nature (how often do we encounter “that word” these days – Rudy Giuliani and Fareed Zakaria both like to use it). Some “outcomes” are just not acceptable. I do understand the importance of sharing some of the social “common elements” (uncertainties and risks) and not counting on "outsourcing" these. But I also understand the shame that can result from expropriation, and the idea that one cannot always manage one’s own destiny. Indeed Rick Warren says “It’s not about you…” but sometimes is really is. I haven’t heard Warren’s interpretation of the Parable of the Talents, but I can imagine it. The more ability one has and the harder one works (works (that is, as the more “talent” one has, as Malcolm Gladwell says in his “Outliers” book [see book review blog Nov. 28, 2008]), the more likely one is going to be able to do what others need him or her to do for them and still achieve his or her own goals; that’s just plain logic.

There is a danger inherent in using the Web to explore the “meritocratic” interpretation of some issues. Call it the “John Stossel Problem” if you like (as so many people got mad at his recent “You Can’t Talk About It” broadcast on ABC 20/20). Washington Post columnist Michelle Singletary wrote about the credit card issue, something like “we have a selfish system,” in characterizing how “capitalism works” (Trump style). We can talk about “personal responsibility” and run it into the ground, or into bad places. When found on the Internet, it may seem to a casual reader that a posting dealing with these matters was intended to offend, no matter how carefully worded But it is not. Many of our issues relate back to how people set their own boundaries and standards, for themselves, outside of immediate family influence. Any person is entitled to decide what to expect from herself or himself and to decide what others may expect from her or him. That takes some analytical thought about these matters as to how we perform and “compete”.

Web postings by “amateurs” do run into two particular problems. One is that passage taken out of context may be perceived as offensive to some people or groups. When the passage (even a whole page) occurs in a book and the book is read sequentially, the context is clear and the offense goes away. The problem is exacerbated by the fact that many books are searchable on the Web now (the Book Project, and Amazon’s search) so that an author’s expectation, if the author has only a sales website and does not offer free content, of full reading is not met. (In my case, I posted my text for free browsing on the Web one year after publication, in mid 1998). This “problem” came up in the COPA trial. Dr. Phil has pointed out that others with hostile intentions can intentionally group things one has published to leave a misleading impression (see the TV review blog Sept. 8, 2008).

The other problem is that an amateur’s factually true post that deals with a controversial topic may be interpreted as “evidentiary” about the speaker’s intentions, whereas the same post from the established press would be taken as just (fact-checked and editorially supervised) journalism. This is the “Implicit Content Problem”. Employers are concerned about these problems (and, as we know, have taken to vetting applicants’ public web activity, which some employers feel could drive away clients, especially in businesses dependent on “socialization”). But even “established” journalists have found that they can draw ire if they are too candid about some sensitive aspects of their own perspectives – and overseas this can get downright dangerous.

The value of individual amateur blogging? It's tremendous. It covers things that the established press and well funded advocacy organizations and lobbyists won't touch.
Posted by Bill Boushka at 11:55 AM