Where research on "Newburyport" leads: calling all those from Massachusetts 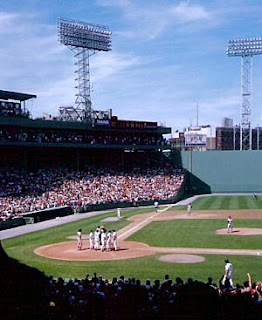 While research my post Saturday about the “media perils” flap over “Newburyport” (described by MBA, as in my May 16 post), I found another entry called “Newburyport Report” on the January 8, 2008 entry of this blog by Ari Herzog, called “AriWriter”.

That particular entry doesn’t seem to go anywhere now and doesn’t seem to have any relation to the incident reported Saturday (there are several other unrelated “Newburyport Report” posts on various sites that show up in search engines and have nothing to do with this – it shows how people use the same terminology for unrelated material). Now his focus seems to be Navasota, TX. Except that when I go to his profile page on VisualCV for his own business, I see Newburyport MA come back. It seems that Massachusetts is a groovy place to come from – Matt Damon, Ben and Casey Affleck [Ben actually was born in CA], Marky Mark Wahlberg, Sebastian Junger, indie actor Mark Parrish, Shawn Fanning (Napster), even Barney Frank, and, well, Mitt Romney. (When I started working in New Jersey in 1970, everybody said Mass. was a much “better state”, when we almost moved there.)

But Ari's personal blog itself, with its very recent entries, now was very interesting, and I thought I would pass the url along (above). On May 14 he has a post about social media and what he calls “Government 2.0” – something that seems to be inspired by our new president’s aggressive use of blogging and web tools – and our president’s desire to do his own web postings hands on, like real (young) people. We finally have an administration that is more comfortable with how Generation Y communicates today – even to the point of marveling at Ashton Kutcher’s tweats.

May 16 Ari offers his own perspectives on how to use Twitter, with a process of creative destruction, first untwittering some thousands of people in a kind of Twitter “layoff”, then restructuring.

The physical organization of his blog is interesting, as is his disclaimer, where he talks about Creative Commons, which Electronic Frontier Foundation has advocated.

His blog, as a whole, covers some of the same territory that I do, but what’s interesting is that a much younger person has to present an integrated concept of himself or herself on the web – very much in line with modern ideas about “online reputation,” which started developing quickly around 2004 as social networking sites took hold. My own participation on the web goes back to 1996, with much older tools (AOL Personal Publisher and flat HTML sites) when I led a double life – one as an author tackling a particular political controversy (starting, for me, with gays in the military and "don't ask don't tell"), another as an individual contributor in information technology. There were no secrets – my writings and web postings were totally public (and showing up in search engines by 1998), and I even went on to Minneapolis cable television to discuss my books; but my concept of web behavior in the late 1990s was one of avoiding “conflict of interest”. How things change so quickly and move from one generation to the next!

The attribution link for Wikimedia Commons picture of Fenway Park and its Green Monster is here.
Boston nearly always has had a great baseball team. (I visited Fenway myself once, in 1975.) Not so for Washington, which just got swept at home this weekend by the Phillies. In major league baseball, it’s the quality of management that determines everything.
Posted by Bill Boushka at 6:30 AM

Thanks for the shout-out and attribution, Bill. Much appreciated!

Around late 2007 and early 2008, I wrote two blogs: a personal one and a Newburyport one--called Newburyport Report. That's what you found. At some point, I merged the two--and ultimately focused my entries on social media and online marketing, which is what AriWriter is today.

There are a half dozen or so prolific bloggers here in Newburyport, by the way, who write about the city much more than me. Take a look at Tom Salemi and Gillian Swart, for instance.

My focus, as you describe, is more global in reach, e.g. Government 2.0 and writing case studies on this and that, e.g. Navasota and Twitter.