We all experience risk differently -- but we must all share it: another debate about generativity and sustainability 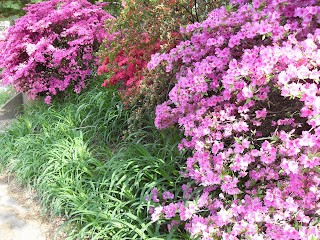 So are we paranoid? Are we overreacting? Is all this stuff about “social distancing” and almost depilating hand washing (making us all into nurses) just hysteria? Don’t we just have to hang tough and survive the random challenges that nature throws at each and every one of us?

Well, that depends on who and where you are. “Different strokes for different folks” they say. But, as for the H1N1 flu (or “swine flu” [sic] – didn’t you know that all flu is “bird flu”?) a lot of it seems to have to do with whether “you” are a parent. Your kids are your progeny, your biological immortality and responsibility – and like mama bear in Shenandoah National Park (yes, I had an encounter with one once, no harm done) protecting your “cubs” are your most important priority.

So, I don’t have kids, but there are other things that make me paranoid – some have been work related, as I discussed on my “IT jobs” blog today. I suppose that identity theft and the possibility of downstream liability or SLAPP or false charges because of Internet hacking should make me paranoid, but I live with that because I have to, and I believe I have learned to manage the “risk”.

I remember that back in the mid 1980s there was a lot of scare talk about AIDS. Gay men learned that specific behavioral steps would greatly reduce the risk of infection. But the right wing (particularly Paul Cameron) spread a lot of scare talk about “secondary transmission” to the general public and that gay men posed a risk of “amplification.” Despite some very rare incidents (like Kimberly Bergalis who claimed to be infected by a dentist) and some urban legend rumors ("mosquitoes") HIV remained contained within realm of limited modes of transmission (which are not easy to control in the developing world, like Africa).

One of the most sensitive points for “someone like me” is that people who don’t elect to take on certain responsibilities (having and raising kids) can pose indirect risks (maybe a lot of them are mostly theoretical) for people who do. This loops back to the “shared sacrifice” moral problems I’ve been covering before.

Frankly, I think we’re looping back to an earlier way to looking about “morality” that our culture has almost lost cognition of. That is, providing for other generations is a responsibility that everyone has anyway, not just because you have children. That would certainly flip some aspects of the way we assess family responsibility and personal responsibility. Sociologists are starting to use the term “generativity” for this concept, as a putative moral demand from everyone as part of a “sustainable” world.

I didn’t “invest” in having children because of the way some competing values played out, but two of the most relevant points were that, in combination with talent and a work-ethic, a technological society (even in the late 1950s) was going to give a gender non-conforming person “other” opportunities for a legacy based on work (such as music, or writing), and that I was not “competitive” in conventional gender-related ways. Is it possible to be “generative” now just in the way one does one’s work? That’s a good question. I know that in my own history, therapists have objected to my reliance on “fantasy” and resistance to “real” relationships with others. I would say that I want relationships on my terms, and others say, “no fair”. If you go public about things in your life, they say, we want you to have a real investment in other people, going forward. We want you to lay down your purposes and meet their needs if we tell you to. “Not my kids”, I say. “Then you take care of your parents, or we will assign you something. But you will have a stake in the future in real people.” And you’re supposed to feel proud of it even if you’re “forced” to do it, and give up your own goals. That expectation (if demanded of someone like me from a “gray zone”) tends to “protect” people who are individually less competitive by making the community relevant to all. Call is psychological socialism (even Marxism). Yet, it links back to right wing ideas about the hegemony of the biological family.

That is the tone of what is going on now. Fifteen years ago, the “can this marriage be saved” sort of thing in women’s magazine seemed like just a feature of “others’” world. Now it’s changed, partly because of globalization and the Internet. Now the stability of marriages is understood to affect everybody. And some of us realize we were living in exile, partly because we were driven away, and partly because the world wasn’t (as in Clive Barker’s vocabulary) “reconciled.” Now it is.

Gay marriage figures in here. It could be seen as a way to make sure that everyone shares responsibility and generativity. Jonathan Rauch has argued that. But it would have to be developed within a much more specific context than it has been now. People would be expected to become committed to others and participating in a family structure early in adult life, and never return to the world of adolescent fantasy and exploration. People over a certain age might not be welcome in the discos.

We can jump back to about 1992, when the Internet was “let out” of its cage. The legal doctrines have developed and been interpreted in such a way as to allow maximum self-broadcast and free entry. That democratizes speech, but many people think there is too much speech, and not enough shared responsibility. The legal doctrines (as reflected in issues like Section 230, DMCA, COPA) might have developed much less favorably. And we could very well slide backward if we are not careful.

There’s a strong element in our “body politic” and our “faith and fellowship” community that wants to see people accept interdependence, and give up the sense of shame that can result from dependency (which can happen as part of a chain reaction). Governments particularly like to make people dependent. And the (franly rather Leftist) media establishment seems to want to scare people into dependency.

Risk, remember, seems to live in the eye of the beholder, and uncertainty (inherent in having children) is hardly shared equitably.
Posted by Bill Boushka at 9:46 AM