Perez Hilton on wrong side of DMCA dispute; EFF has DMCA guide for content owners 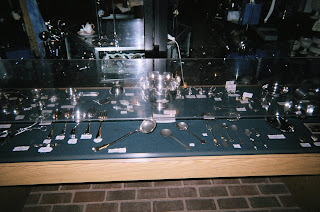 Mario Armando Lavandeira, better known as Perez Hilton, and generally considered a positive in the gay rights area, himself got dinged for a possible improper DMCA takedown notice for a parody of some of his celebrity blog by the National Organization for Marriage. But this time, when NOM pointed out that their use was fair and non-infringing, YouTube agreed to restore the content quickly. Note the eye appeal of NOM's site: it seems like there is a bit of the Song of Solomon in their presentation.

All of that is reported in a story yesterday by Tim Jones on EFF, here. Visitors should note that Electronic Frontier Foundation has guidelines for content owners on a link called “fair and non-infringing” in the middle of Jones’s article. They bear some review, because protection of the benefits of free speech requires cooperation of content owners and providers, as that article explains.

And, in the free speech area, the political battles can produce “odd couple” bedfellows; sometimes the “conservatives” are on the right side of a free speech case. Perez Hilton may have been right in pinning Miss California down on gay marriage, but he has to play by the same rules as everyone else in using the instruments of the law. So does NOM, however, which, while on the good side this time, has issued wrongful takedown notices of its own in the past.
Posted by Bill Boushka at 4:44 PM