"On the Media" discusses bullying of bloggers by local business interests 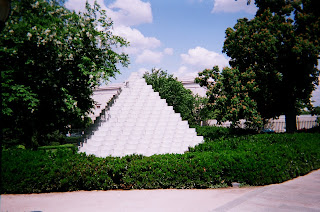 Cox reports about a woman in Newburyport Massachusetts who created a blog about her town including discussion of real estate. He published information for public records about a particular piece of property. She received a cease and desist letter from an attorney representing a real estate developer. According to the tone of the transcript, the threat had no legal basis, since the information was accurate and came from a public domain source. Nevertheless, she took the entire blog down. “I didn’t get into it for this.”

Cox says that this is happening a lot. It’s partly a social and business culture problem. Some areas of business – and real estate is one of them – are particularly sensitive to social relationships and structures (sometimes these include familial relations) being honored, and could be disrupted by digital media where someone with no capital can “leverage” information that stays out forever. This is partly what has led to the SLAPP problem (and it tends to happen with local issues over property, developers, zoning, taxes, certain politicians, and often over arcane matters). There is a “bully” effect: “we’re bigger than you are and we can make you do what we say.” This is how it is in some areas of our society, although the Internet has certainly challenged things working this way.

The transcript goes on to discuss the bloggers’ insurance program, which this blog discussed in September 2008.

There is, perhaps, in this transcript a hint of an existential problem with blogging and other forms of Internet self-publication (outside of social networking sites as we now know them). That is, when a blogger publishes a piece of news about a controversial or disturbing matter in order to participate in debate and debate journalistic information presentation skills, people may wonder what the blogger’s “standing” or “stake” is (and assume there is some motive that there is not) and then feel that there is some kind of enticement to react. That is a social problem, sort of a subtle “mashup” that the legal system would have a hard time recognizing. I ran into this with one of my screenplays (this blog, July 27, 2007).
Posted by Bill Boushka at 4:12 PM