Not everyone online is a "true friend": beware the grievances, and don't make your sandpile too high 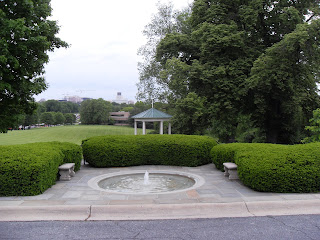 Michelle Singletary has a sobering column in the Washington Post May 14, 2009 that continues yesterdays examination of the lingering effects of digital records on online reputation. The column, in a series called “The Color of Money”, has the title “Be Careful Online: Not Everybody Is a True ‘Friend’”, and the link is here.

Twitter is the latest fad to create potential home security and maybe identify theft problems – it isn’t hard to imagine the danger of announcing your vacation plans, at least if you have no security at home or no one watching your home. Singletary says she keeps her tweats related to professionally relevant information. It's easier for a popular celebrity like Ashton Kutcher manage these sorts of potential issues, which can come with publicity, than it is for an "average Joe" with free Internet access. Yup, life's not completely fair, is it.

It’s reassuring that insurance companies (at least Chubb) say that they haven’t noticed an increase in property or personal crimes due to social networking sites – mostly the problems have been limited to phishing, scams, and identity issues. But it’s something that is logical to wonder about, and wonder if things will get worse in this area in the future, and become a concern for landlords and property management companies. And here's another "unfair" fact of life: a "moderately" well known person may be harder for an identity thief to impersonate (and not get caught) than a "Chemistry 201" unknown.

She also recommends never posting your birthdate online – something impractical for me because my books are already available on line. It’s true, birthdates are too easy to target – but many companies have increased the range of their optional security questions to include items that are not likely to be disclosed online in a social networking environment. That’s a good thing.

She warns about trashing neighbors or coworkers online – defamation – but the real risk here is more likely that one’s kids will do it, because they won’t be able to grasp the potential downstream consequences.

And be careful about trashing a previous employer, because your next employer may see your tendency to do so – back to the online reputation problem. The other problem that I can imagine would be that people may inadvertently give away trade secrets about former employers – so a prospective employer may be concerned that the applicant has loose lips. Welcome to the days of World War II. Even Eleanor Roosevelt was dooced for being too talkative in her columns.

We like the easy limelight, and we may well believe we are doing good with it, and often we are. In the age of hyper-individualism, which is running into its own natural red-shifted boundaries, we have be promoting our own idea of justice. But there is a lot of indignation and grievance out there. It is all to easy to attract it. All of this reminds me of the “sandpile” and “mashup” theories of Joshua Cooper Ramo’s new book “The Age of the Unthinkable” – which came to our new president’s mind in a press conference recently.

Great column yesterday, Michelle.
Posted by Bill Boushka at 9:32 AM