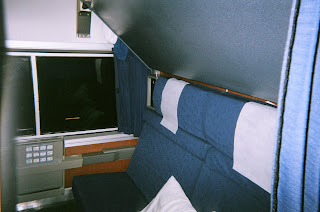 The “link by link” column by Noam Cohen in the Business Section of the Monday May 18, 2009 New York Times describes a law school experiment (at Fordham University) to build a dossier on conservative Supreme Court Justice Antonin Scalia, after he blew back concerns about Internet privacy at a conference. That was “The Right to Privacy and Individual Liberties from Ancient Times to the Cyberspace Age” at the Institute of American and Talmudic Law (link).

The title of the article is “Law Students Teach Scalia about Privacy and the Web”, with link here. The students built quite a dossier, and would have had the legal right to disseminate it because it was not related to a job application.

George Washington University Law Professor Daniel Solove (author of “Understanding Privacy”, reviewed here) explained how privacy is compromised by a large aggregation of facts (such as shopping habits) about a person, when each individual fact is innocuous. For example, credit card companies are now basing interest rates on what kinds of merchants consumers visit. Another aspect of privacy compromise is permanence and efficiency of aggregated information (which can be posted by amateurs and not fact-checked), which in the past would have been hard in practice to accumulate in just a bricks and mortar world. The law has not yet come to terms with the “efficiency” or “permanence” or “leveraging” factors.

Justice Scalia dissented in the 2003 opinion Lawrence v. Texas, overturning laws against homosexual sodomy, where in the past arguments regarding “fundamental rights” to adult sexual privacy had been made (as with Bowers v. Hardwick in 1986), but in the age of open communications, privacy as we argued it in the 1970s and 1980s (with HIV and now all health care information) is less of an issue now than the right to be open about one’s identity (even in the military) – “don’t ask don’t tell” turns to “do ask do tell”.
Posted by Bill Boushka at 8:54 PM