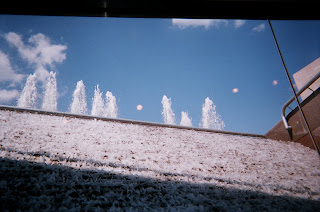 Sunday morning, there were two apparently unrelated threads in the media news that come together for me in discussing blogger journalism.

One was an interview (I think on NBC, I didn’t pay attention) to an executive from Variety who talked about “blogdom” as driving celebrities back into their gated communities. I wondered, then, why is Ashton Kutcher so open in his Myspace and Facebook pages and with Twitter, and I thought, it’s been fairy easy for me to meet some younger celebrities with my books. (He also said that studios conspire to make bad movies, just to sell buttered popcorn.) But then, he got serious about journalism and said that his own publication fact-checks, just like “professional” newspapers, something he complained bloggers don’t have to do.

Then there was the business about the website “Peoples Dirt” (and, indirectly, the extinct "Juicy Campus") that I wrote about on my TV blog Friday May 15. And I wondered something else. If I write about it as an “amateur,” am I just inviting other kids to misuse it, indirectly? What people can say is, Bill, you don’t have kids. You don’t have a stake. Why do you burden us by giving people ideas? And please, understand, if you find this post, I write in subjunctive mood (easier to establish in French than English). I am making a point, not encouraging anyone to do anything wrong. But that is exactly what the “implicit content” problem is all about. The identity of the source may matter. The knowledge that a particular problem was brought up by an “amateur” rather than reported by the conventional press could itself be provocative to some people. (The First Amendment lists freedom of speech and freedom of the press separately. I add that there is a judicially established First Amendment protection here: legally, enticement doesn’t happen until there is an immediate threat of lawless action – ethically, it gets murky indeed. The law does not expect you to be your brother’s keeper the way the New Testament does.)

Search engines are neutral. They index things regardless of source, and sometimes personal sites are simpler and faster to load that “professional” journalistic sites, so the probability that an immature person will find something that is legally acceptable in the general sense (and even acceptable according to most notions of “terms of service”) but harmful to someone who is immature, is increased.

Blogger journalism may, in many individual cases, be as good as establishment journalism. Blogging has “democratized” debate by giving every individual a global voice. Not everyone has the same “stake” or “standing” regarding the risks, uncertainties and responsibilities he or she has chosen to engage (or perhaps had thrust on involuntarily) in life. Okay, life is not “fair”. But we’re beginning to see the horns of a new dilemma, another “mashup” that Joshua Cooper Ramo wrote about in his book “The Age of the Unthinkable.” It’s only now beginning to unstring.

Today, Fareed Zakaria, on his CNN Global Public Square, said that the media (professional or amateur) is concerned about the worst possible implications of a problem. As Ramo says, we may not be able to even anticipate them. But the media cannot anticipate the human response. That’s part of the implicit content issue. 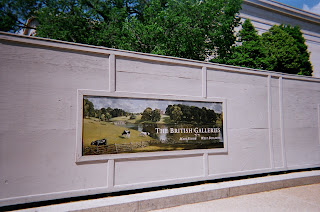 Update: May 18, 2009: Plagiarism within the "journalistic establishment"

Check out Darold Knowles and his "Paradigms Lost" column about the apparent plagiarism of Pulitzer Prize holder Maureen Dowd. It seems like "establishment" journalism has to be oh, so careful. The link is here. The Dowd column appears to be from May 17 in The New York Times, "Cheney, Master of Pain", link here. Jesse Ventura discussed Cheney today on "The View" (see my TV blog today).

What kind of example does this set for the kids doing term papers? Maybe newspapers need to use "turnitin.com" too.
Posted by Bill Boushka at 10:49 AM