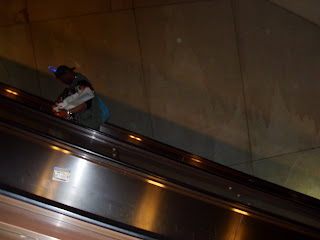 Nicholas Thompson of Wired appears on a video on CNN this morning, “Is Facebook censoring you?”

Nicholas said that he tried to send content from Mark Twain’s novel “Tom Sawyer”, which is in public domain, through Pirate Bay on Facebook, and it was apparently blocked. Facebook is apparently blocking some emails that use some services that have been in legal trouble for supposed copyright infringement, even when the particular use is legal.

Nicholas also said that Facebook was started by “twenty-year-old’s” is now run by forty-year-old lawyers who say, well, you should have these kinds of “terms of service.” Remember, the 40-year-olds were teens during the Reagan years, not so long ago. He says that, while Facebook needs a good reputation with its advertisers, it may drive away users, and run into loss of popularity, which he says has already started with Myspace. He also said that the recent flap over its terms of service (and its claim of “ownership”) led to its changing some of its behavior and a willingness to listen to users.

I couldn’t find Nick’s article for this story on Wired, but I found another interesting story “Why the Law and Tech Aren’t Friends on Myspace,” dated May 6, link here.

There was a case where a bartender and a waitress were fired by a New Jersey restaurant for comments made in a supposedly “private” Myspace forum. In other words, management apparently didn’t learn about the negative comments from search engine trolling, but from rumor, or possibly activity related to what the article calls “wiretapping.” The electronic communications were made from home and intended to have a restricted audience, which might give the speakers some protection under privacy law. This would be a good case for Lawrence Lessig or Daniel Solove (law professor at George Washington University) to look at.

Remember, though, as Dr. Phil has warned teenagers, that a "private" Myspace profile page and be extracted (perhaps illegally) and sent around like cellphone images -- and we know why those are in the news now (particularly with ambitious prosecutors).

Again, technology moves faster than the law can. Stock it up to Joshua Cooper Ramo’s “sandpiles,” which even our new president remembers about at news conferences.

Picture: "Christmas lights" on a patron at the DC Metro Center, although they weren't flashing much as my camera clicked.
Posted by Bill Boushka at 8:52 AM