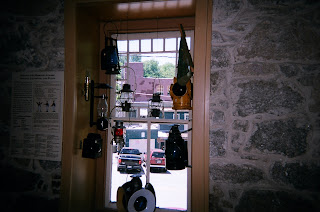 As a boy, one of my favorite black and white situation comedies (complete with the Scott tissue ads) was “My Little Margie”, and I remember a particular episode where “Freddie” applied for some kind of job, but only married men were accepted. I thought that was odd, even then: to require someone to be “performing” in life this way before he was “worthy” of a job. Some time back, I rented the 1955 movie “Marty”, that seemed to win so many critical accolades, and grimaced at the pressure on the central character to get married to qualify for adult life,

I remember also, in those days at NIH in 1962 (covered on other blogs), that the therapists seemed so concerned about my interest in living in a world of “fantasy” rather than learning to relate intimately to “real people” (of the opposite sex). I didn’t “see people as people” they said. There was a gap to jump, from seeing oneself as a competitor to willingness to accept some kind of inner change resulting from pampering someone of opposite polarity, and then taking the dive of having a family, and being willing to put one’s descendents above one’s own personal purposes in setting priorities. In short, it was essential to be accountable for the welfare of other human beings before choosing and executing one’s own priorities. That was seen as mandatory. The loose term for this kind of thinking as “aesthetic realism.”

In time, after the civil rights movements and the rise of individualism, things changed. It was considered healthful to be oneself first before attempting a relationship. That idea may have started in the gay male community and also with the women’s movement, but it gradually took over with the Yuppie movement. Some saw it as narcissistic. Yet there were advantages: the need to cling to other people or become jealous was circumvented, and real psychological growth was possible.

The need for freedom and psychological growth does explain why some men and women remain childless. So do a number of other factors covered before in the blogs. These include a perception that one cannot “compete” the way society expects (particularly in a gender-related way), or a resistance to learn to “feel differently” about the needs of people after being exposed to the “paradoxes” of a competitive culture.

A free market society that offers what we call “democratic capitalism” (what the Islamic world resists trying) has to live with certain paradoxes in the way we see people and see ourselves (call it the “Meritocracy Paradox”, worthy of discussion by ABC’s John Stossel). We admire talent and success (after hard work), and we admire people who are successful with legitimate activity. Logically we would think “less” of people who are less successful individually (and who depend on family and various social institutions to give them meaning), but generally we say we prefer to think nothing (at all) about this. (I remember a particular discussion about this with a friend the summer after I graduated from high school, in 1961). But society generally offers a way around this: personal commitment, usually traditional marriage, which offers a lot of perks for the emotional change including influence over the lives of those who have not made the jump (in the past, this meant a moral monopoly over sexuality). As far as I’m concerned, gay marriage is a perfectly “logical” way to extend this commitment to those who are wired to respond “differently” with respect to gender.

It’s true that we started becoming “preoccupied with ourselves” after the sexual revolution, and could “hide” behind the notion of privacy. After the Internet came along, the privacy paradigm was blown to smithereens, and was replaced with a kind free-entry-driven self-promotion and self-broadcast. But that’s the rub. Given the asymmetry and “sandpile effect”, the world can become unstable, and “unfair” in ways never perceived before. Freedom, of course, has always required tolerating the idea that human “justice: will always be far from perfect, even if we try to apply the “laws of karma” the way the New Age folks teach it. (This has been a particularly bitter lesson for the far Left during the past century.) But the idea of “expecting” everyone to become committed so someone else’s needs before self-promotion starts to make sense as way to resolve the “Meritocracy Paradox” and reign in on the dangerous behavior (including cyberbullying) we see all the time today, especially on the Internet.

That idea flies in the face of the increasing investment in education and the perfection of self – where medical school, for example, can go on to age 30. It questions the idea that someone should become a billionaire by hitting the Enter key in a dorm room before having known “family responsibility” and having some grasp of the downstream social consequences of an innovation. It even makes me remember a dictum or question back in a (pre Betty Friedan) women’s magazine around 1957 or so – “who do you want to have a degree --- you, or your husband.” It reminds me of some recent articles from the Phillip Longman crowd imploring people to become parents sooner.

Individualism has come a long way. It proved to be an effective answer to the gross injustices (even 19th century slavery) that could be hidden by “family values.” Certainly, “religious righteousness” as we know from other countries (as with radical Islam and the Taliban) leads to horrific behavior too, in its effort to be “right.” Perhaps that’s because those at the top didn’t have to share the sacrifices or make the commitments of everyone else.

It’s easy to imagine a lot of policy changes that can result in a culture of encouraging commitments and making sacrifices more transparent. National service is a good start. But so is a shift in attitude: a recognition that in a community none of us can afford to pretend that we will never need to depend on others.
Posted by Bill Boushka at 3:19 PM