Does "ex parte" blogging by attorneys need to be regulated? (Supreme Court's action on Louisiana case raises the issue) 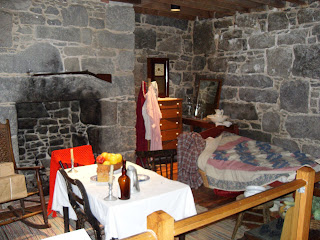 Media Bloggers Association has posted a link to “Legal Blog Watch” on typepad about “ex parte blogging” by attorneys in a case. The question is “Do we need ethics rules for ex parte blogging?” The link is here. The Latin phrase "ex parte" means "from one side" and is explained in Wikipedia here.

The piece refers to a Stanford Law Review article by Rachel C. Lee, “Ex Parte Blogging: The Legal Ethics of Supreme Court Advocacy in the Internet Era.” Pdf link here. As an aside, I want to mention that Stanford Law School is well known for its comprehensive digital library on the “don’t ask don’t tell” policy for gays in the military (link).

Apparently legal blogger Dwight Sullivan wrote some material about the death penalty and the Uniform Code of Military Justice, which did not change the end result, but which caused the Court to amend its reasoning to correct a factual error.

Should courts refrain from reading blogs (or for that matter newspaper articles) on cases while they are considering them? I doubt that justices would comment on the issue, but there are “conflict of interest” rules that would normally prevent attorneys assigned to a particular case from blogging about the case. The blogwatch article writes “Current ethics rules prohibit lawyers from trying to influence the judicial process so lawyers should not be blogging about ongoing cases for that reason.”. I wonder about this, however. Consider the COPA trial, for which I was a “subplaintiff” and which went on for months or years with many back-and-forth reviews between various levels of appeal. The ACLU and justice department both wrote many briefs and arguments that were available on the Internet. I linked to many of them or provided copies on my own websites (they were in public domain). I even showed them at one school where I substitute taught. Furthermore, the ACLU, EFF, and various other parties wrote articles about the constitutional arguments during this long period. Theoretically, the judges should not have read them, although from having attended some of the 2006 trial I am convinced that the judge was well aware of the many different arguments people (including me) were making, and of the many detailed facts (about technological capability) that were being reported.

Judges are supposed to limit their decisions to the evidence introduced in a trial record, and that flows up through appeals. Unfortunately, in cases about technology, the applicable facts, as a practical matter, can change during the time that this process takes, making an expectation that they will not be influenced by external media or blogs unrealistic. This issue does need attention.

We’ve heard a lot about blogging and “online reputation” in the past few years, especially since social networking sites came into the fore, but we also have always had a potential deeper issue with “conflict of interest” which I have written about before and which was a big issue for me in the 1990s. I’ll go into this with some revised “combinatorial thinking” again soon.
Posted by Bill Boushka at 1:00 PM