"Brad" tells us how to make "fair use" fair when you make a parody video: getting past the DMCA 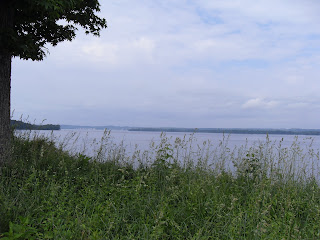 A blog called “Brad Ideas” describes just how difficult a “fair use parody” can be, if you have to get around anti-circumvention provisions of the DMCA in making your parody. In this case, the artist is adapting a Hitler rant from the well known indie German film “Downfall”.

You can watch the parody and read the technical details (the “analogue hole” as EFF calls it) here.

Brad explains an important concept upon which fair use builds on: if you want to criticize a work, you probably won’t get permission to use the work from the creator (common sense), but so the Fair Use doctrine lets you use the work to make a parody. Yes but… -- as kids argue.

He also offers a parody “Hitler is looking for a parking spot.”

I saw the movie back in 2004 at a Landmark Theater and the blogger is right, it is effective—even if the blogger wanted to parody it. He wanted to criticize the work because it’s good. The scene where the children are put to sleep is one of the most chilling ever.
Posted by Bill Boushka at 8:45 PM