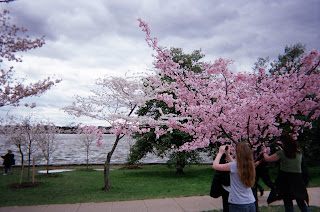 YouTube will continue to encourage user-generated video content, even if that content does not easily or directly add to revenue and profits, according to an article in the New York Times Business Section today (April 17) by Brian Stelter and Miguel Helft. The title is “Deal Brings TV Shows and Movies to YouTube”, link here. The comment came in an interview from Google CEO Eric Schmidt with reporters. The “concern” grew out of a story that YouTube will start offering some selected movies and television series, some for pay, and others with corporate advertising, in order to increase revenue. In doing so YouTube will be competing with other businesses that offer video content: first, all the major networks and cable channels, as well as Hulu, with a particular subscription model offering almost unlimited movies for a low monthly rate, Netflix. But user-generated content adds to the popularity of the site, and the likelihood that some visitors will want to view revenue-generating content. The concept seems like an variation on or expansion of the idea of "ratings" long used (for decades) in broadcast television.

One possibility of the partnership is that “amateurs” may be able to find partners in larger or more established video or motion picture companies to do particular, independent projects, expanding the possible offerings in the independent film and cable television market into even more niches.

On Larry King Live tonight (April 17), actor and producer Ashton Kutcher, in a discussion of "Twitter War", said that Twitter is still building an audience while getting ready to monetize, and that "social media companies are hiring" in a time when production budgets for established studio shows and movies (from large publicly traded companies and studios) are being cut back. Celebrity is not an asset on Twitter, said Ryan Seacrest.
Posted by Bill Boushka at 2:06 PM