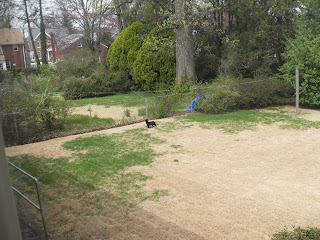 Electronic Frontier Foundation and Google both posted an AP story, by Jordan Robertson, that the US Sentencing Commission was about to vote on whether to allow increased prison sentences in convictions or crimes using proxy servers. The link is here.

Proxy servers are common (and in fact, some companies like AOL use them “legitimately” as part of their logon technique) and so such a law could give the government the ability to increase sentences in almost any crime facilitated by a computer.

Kids often use them to get around filters at schools and workers sometimes do this in the workplace, which could create legally dangerous situations if such a provision is accepted.

However the Justice Department claims that their use hinders legitimate investigations, especially into financial fraud such as “pump and dump” schemes.

Yes: the black cat in the picture is "anonymous".
Posted by Bill Boushka at 7:11 AM