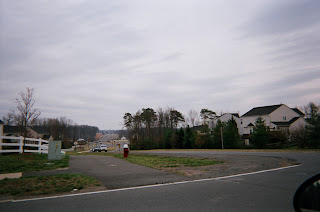 Today, Monday April 6, 2009, the front page of the Washington Post carried a local story by Michael Birnbaum about the activity of local police, especially in Fairfax County, VA, to look for evidence of crimes on Facebook and Myspace, or to look for signs of impending crime or gang activity. Police departments around the country do the same, and sometimes social networking posting and discussion forums contain clues (often needing to be matched up with online forensics) for unusual crimes after commission.

School administrators also look at social networking sites and sometimes other blogs and sites for signs of trouble, especially when informed by parents, and administrators may have a short fuse as to what they see as alarming. This can include material posted by teachers or even subs and aides.

Many teens don’t use privacy settings, which for Facebook opens the material to a wide audience and on Myspace (or on ordinary sites and blogs) to the entire world.

It wasn’t clear if police were bypassing privacy settings sometimes. But kids often fail to use privacy settings and don’t realize that they have no “expectation of privacy” then. And many parents fail to understand what their kids are doing.

The article mentions the “online reputation” problem, where schools and employers are looking at profiles or doing “search engine background investigations”, which may raise ethical and legal questions because they can so easily nab the wrong person. This practice has been common since about the end of 2005, and has raised controversy.

The story title is “The Profile Police: Campus Officers Cruise Facebook, MySpace for Clues To School-Related Crimes, to Some Students' Chagrin” link here.

On ABC's "The View" on Monday April 6, 2009, Molly Ringwald and Shailene Woodley discussed the "secret life of teens" on the Internet and particularly discussed the importance of privacy settings on social networking sites, as well as the possibility that future employers will look at profiles.
Posted by Bill Boushka at 5:25 AM