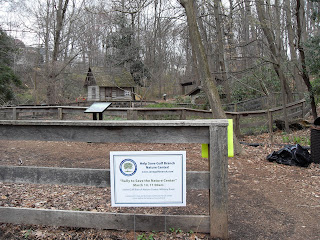 A while back (March 22), I discussed the implications of Phillip Longman’s proposal for a “Family-Based Social Contract.” I think we can cut through the polity in the “AP government” theories of Rousseau and Hume and get down to the critical issue: what would a new “social contract” mean for individuals, especially for those who had not formed their own families as adults?

I think that the key concept that Longman ("The Empty Cradle") and David Gray would promote is “generativity.” That means, an obligation of every individual to participate, financially and emotionally (in terms of connections to other people) in providing for the next generation and taking care of the last. It means that every person becomes a stakeholder in the future of progeny, other people’s if he doesn’t have his own. That’s obviously relevant to the debates on the environment, climate change, and “sustainability.” On the other hand, it seems to complicate the modern, individualism-born idea that parents have to be primarily and perhaps exclusively responsible for the children they have. Longman and others point out that this is becoming an unreasonable assumption. The views of conservative sociologists like Longman add on to comparable concerns from liberals that we cannot “afford” to keep the highly individualized and mobile lifestyles that we have come to expect in the past forty years. (The term "generativity" was discussed in the book "The Graying of the Great Powers: Demography and Geopolitics" in the 21st Century” with these authors: Richard Jackson, Neil Howe, Rebecca Strauss, and Keisuke Nakashima; see Jan. 23, 2009 on my books blog.) "Generativity" is related to other dated social concepts like "loyalty to blood" (as in a particular episode of the sci-fi show "Jake 2.0" in 2004).

In fact, this was a concept that we all shared a half century ago, until it broke apart starting with the Civil Rights movement of the 1960s. Men were expected to prove that the could compete to provide for and protect women and children, then actually marry and have and raise the kids. We all knew people who didn’t do that, but they were supposed to stay out of sight and care for their own families (for people who did) or fulfill special roles defined for them, such as priests for men and nuns and teachers for women. The pressure seemed to be first on men; “masculinity” was seen as an “achievement.” “Generativity” then included sharing in the common defense of the community. We had a draft then, and the idea that some people could be deferred from the risk of combat sacrifice because of greater “brains” became morally complicated and questionable. There was a definite moral disapproval of “getting out of things” that transcended the consequences of one’s “private choices” and made overinvestment in one's own goals or meeting one's own personal needs not such a good thing. One's future opportunities in life, in the views of this time in history, could morally depend on how well one could fit these contingent "obligations"; this how one proved himself "good enough" or "paid his dues." I recall a company commander in Army Basic Training personally counseling me (in 1968) on the necessity of taking my turn learning to be a "guerrilla fighter".

I caught the short end of this in early tween years, with consequences that I have detailed before. My reaction was partially to believe that I was out of the running to have my own biological lineage, so I constructed another way to live and become productive. Part of the psychology of it was “upward affiliation” as a gay man. But what I gradually discovered over the years that “existential integrity” matters. (Yes, the term reminds me of “referential integrity” in relational database theory.) That notion works in both directions, with the converse becoming true. Society wanted men to prove they were “worthy” of families but, out of the need for social harmony, would send young men that didn’t quite “make it” that they still should get married and do the best they can (else stay home, most of the time). And the emotional satisfaction of “upward affiliation” was predicated on the idea that “masculinity” really matters and figures into a “moral currency.” You can’t believe and express such things forever without eventually having to face living with their implications.

All of this was put in moral terms then. Since the 1960s, we have gradually developed an approach where we look at notions like immutability, and have backed away from a culture that places so much emphasis on “moral assessments” of people. Perhaps Christian grace would compel us to be open to looking at people differently than we had. But that’s always been a mixed bag. After all, the nuclear family was supposed to become a unit of identity for everyone, including adults who did not have their own children. Fighting for the welfare on one’s own nuclear family was a responsibility and perk that went along with procreative marital sexual intercourse. In the 60s (partly but not entirely because of the politics of race and dealing with segregation and discrimination) other ways of looking at people more collectively (in “suspect classes”) developed. (I add here: in kindergarten, in 1949, the teacher divided us into “brownies” and “elves”. I, a white person with the beginning some developmental issues, was classified as a “brownie.” The idea sounds offensive today, but it introduced the idea, popular then, or “moral station in life.”)

Over time, new tensions developed between those (particularly of average or less income) with families to support, and singles or the childless or those not having responsibility. In the 1980s, under Wall Street pressure, the workplace started to become more Darwinian, and people with fewer responsibilities could sometimes “lowball” the job market by working overtime for less. Corporate America seemed to encourage this, and by the 1990s social conservatives started to take note, sometimes (although not that frequently), writing in favor of the “family wage.”

What drives the idea of “generativity” toward a possible social crisis is not just the climate change and energy concerns from the “liberals”; it is also demographics (sometimes the “demographic winter” and “wrong babies” arguments of some more radical Christian conservatives). That is, demographics coupled with medicine. We can keep the elderly alive longer, but often with great frailty and dementia. In fact, we may find that Alzheimer’s disease will force a change in our thinking about “family mores” more than HIV did two decades ago, although with very different mechanisms. Another concern is that medicine is able to offer life-saving treatments (like organ and bone marrow transplants) today that were inconceivable fifteen years ago, but these cannot be entertained without the essentially involuntary sacrifices of other family members (not just parents). Of course, there are “blue zone” communities with great longevity with little disability, and that raises the possibility that medicine will improve to the point that the elderly will not need the attention from family and society that they need today. But that’s comparable to saying that, indeed, maybe innovation in clean energy will enable introverts like me to keep our way of life without sacrifice. Yes, there is a lot of uncertainty about what science will do both for and against us. Even, so, I think that the “Astronaut’s Problem” will become a serious one. By that, I mean a single person planning to explore Mars (or Europa or Titan, for that matter) would not be allowed to go if he or she had a family member (even other than an own child) who might become dependent while he or she was gone.

So, what does Longman’s thesis come down to, as a moral lesson: that everyone will have “family responsibility” regardless of the choice to have children, and that may make children more “valuable” again, especially if born to younger parents. Others, not willing to identify so much with a family that they did not extend with their own procreation, may find themselves stuck with “second class citizenship.” But everyone will develop some of the skills necessary to nurture and provide for other generations and take their turns doing so. In these “rules of engagement”, you won’t be heard from until you do.

Now, have you, there is a “libertarian take” on all this. That is, that families ought to sit down and develop “contracts” on what family members will expect of one another (even adults) given the lifespans and the likelihood of medical impositions. (I realize that families have to do this for other reasons, like adult children with college debt and a tight job market “living at home”) One way a single or childless person can defend his sovereignty is build his own homestead, but capable of housing other dependents (parents) if necessary. But that means more debt, more risk taking, and more competitiveness (sort of the back side of the “soap opera coin”). Along these lines, it’s apparent that states will need to rethink the various instruments they use (powers of attorney, guardianships, conservatorships, etc) and which mediate the intervention of the state in serious situations. One concept that could evolve, again, is “generativity” – if someone is a guardian, conservator, or even holds a power of attorney, there could be a legal requirement of a genuine stake in the “family” to avoid conflict of interest of possibility of an outside “Lifetime movie” setup. Right now, however, many families use trusts to enforce their “loyalty” wishes (even with the “dead hand”), but the idea of doing such is generally not that well known. Along these lines, allowing same sex marriage might actually be helpful. Possibly gay marriage and adoption will become less divisive – and actually be seen as constructive – if they are seen as a way of making real commitment and taking real responsibility for others, and a renouncing of living in a fantasy world. Jonathan Rauch has often argued this. The specter that the current financial crisis will encourage many states to enforce their filial responsibility laws (or “poor laws”) could be another mechanism that will explode like bad arterial plaque and force the issue into public debate.
Posted by Bill Boushka at 1:52 PM