Online fiction: does an "all persons fictitious" disclaimer make any difference? 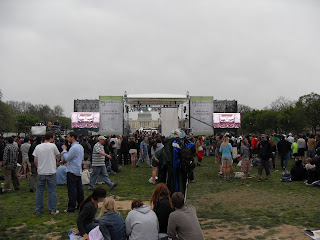 Do authors of online fiction (including posted screenplays, or perhaps screenplays entered into contests) need to include an “all persons fictitious disclaimer”? (Wikipedia article here).

Practically every fiction film in Hollywood today has the disclaimer in the end credits, and script clearance usually involves “negative checking” to make sure that no character will be confused with a real person.

Books, it seems, are much less consistent and often leave them out.

But I wonder if including the disclaimer really makes any difference. I’ve discussed the 1979 “Bindrim” case in California before on this blog (July 27, 2007) and it seems that, in some states at least, fiction can run a real libel risk if one is not careful.

The screenplay discussed in the 2007 posting arguably defamed “me” (for purposes of argument or illustration) and it is true that I never bothered to post a disclaimer. I thought the whole idea (of worrying about this kind of “self-defamation”) was silly until it blew up in my face. I don’t think a disclaimer would have made any difference in my situation.

Since 2005, as we know, “online reputation” has become a much more controversial and visible topic in the media (even more so now, with layoffs and economic recession). But that concern has come about because of social networking sites, not because of self-publishing blogs, sites, or even self-published books or self-distributed videos.

The other possible important disclaimer would be a “do not imitate” one, which I sometimes see in ads or even in end credits. I know an amateur filmmaker in Minneapolis who made a movie about extreme sports; I wonder if he needs to include it.

In at least one recent film, I’ve seen a disclaimer about tobacco use (I think it was “State of Play” where I saw that).
Posted by Bill Boushka at 8:33 PM