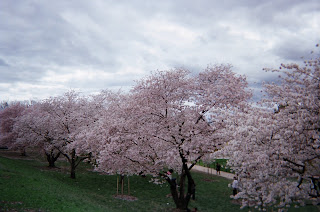 Media Bloggers Association maintains an important legal blog with many important stories, similar in nature and spirit to those that appear at Electronic Frontier Foundation. On April 20, 2009 MBA posted a story about a bizarre and disturbing defamation case from Florida. A party named Tabatha Marshall (in Washington state) runs a website (named after her) that discusses, among other things, (alleged) job scams. Apparently she posted information she got from some company(s) involved in phishing or scams, and received a cease-and-desist letter from one or more of the companies ordering the removal of the information. The company, according to the MBA’s posting reporting Marshall’s account, also contacted Marshall’s landlord, claiming that she was running a business (she says she wasn’t). I’ll come back to that.

Marshall was sued for “defamation, false light invasion of privacy, and injurious falsehood (trade libel)”. The case is called “Internet Solutions v. Marshall” and the Citizen’s Media Law Project has a link with the details here. The Internet Solutions complaint is interesting (PDF here -- particularly point 24 on p 4; I didn’t see any advertising on her site today, tying in with the non-commercial nature of her site). The case was dismissed by the circuit court, but plaintiffs appealed. The dismissal order mentions “Florida’s Long Arm Statute.” The primary legal question in the brief is whether a state court in Florida could have jurisdiction out-of-state. There have been other cases like this coming from other states (especially California), that I’ve discussed in my posts before (such as with the “fiction defamation” problem). The case is before the Florida Supreme Court (remember it from the year 2000, Bush v. Gore?) The legal question (“Pendent jurisdiction”) is worth repeating here. "Does posting allegedly defamatory stories and comments about a company with its principal place of business in Florida on a non-commercial website owned and operated by a nonresident with no other connections to Florida constitute a commission of a tortious act within Florida for purposes of Fla. Stat. section 48.193(1)(b)?" MBA submitted an amicus brief to the contrary, as explained in the posting. One argument is that extension would contradiction the protections in Section 230 of the 1996 (federal) Telecommunications Act for downstream liability. (The sentence reminds me of the famous “tortious interference” line in the 1999 movie “The Insider”.)

States do have “long arm statutes” that can be dangerous to out-of-state publishers. The arguments as to their applicability seem complicated here. But the other aspect of the case that caught my eye is that the plaintiffs (allegedly, according to CMLP’s reporting of the defendant) tried to use the defendant’s landlord to pressure her to stop. This is the first case I have heard of where this has happened. Localities vary as to zoning laws, and in a few places (such as New Jersey) local governments have, in the past, tried to stop writers from working at home (this was the case in the mid 1990s, as the Web was starting to take off). On January 27, 2009 I reported a New York Times story about a tenant in a New York City apartment who was denied lease renewal because he had started an online group critical of the landlord, although the group was private and supposedly not searchable.

The site reports another action against Oprah Winfrey in Philadelphia (along with the Huffington Post and one specific blogger) regarding her girls’ school. Remember the “SLAPP” lawsuit against her in the 1990s by the Texas Cattlemen. Remember her “Free speech rocks” on her show? The post is here. The action this time was settled by retractions.

CMLP has another big defamation case in Texas, where Oryx Capital Markets won a $12.5 million verdict against “Predatorix.com” for defamation, with the complicated case here. The poster, Sam Bayard, has an interesting blog at CMLP, here that includes the Texas case details. He also discusses a case with a blogger and the New Jersey shield law (there is pressure for a federal shield law).

CMLP also runs a “Legal Threats Database” which bloggers ought to know about. The link is here. It reminds me of “Chilling Effects.” Right now, I'm afraid to look! EFF, bring it on again!

I don’t personally “originate” complaints against companies online (perhaps partly because of cases like these). On perhaps three occasions in ten years, I have been asked to remove very minor items online from specific individuals, but in each case the situations were novel enough to warrant my doing so.

Is there other evidence that landlords or condo or homeowners associations are becoming concerned about profiles and blogs? I welcome comments from those who know of problems or other specific incidents.
Posted by Bill Boushka at 2:00 PM