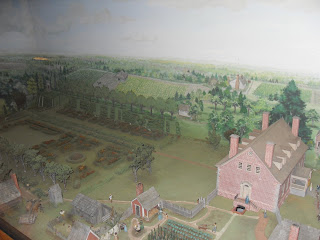 As a general matter, a free market economy tends to localize personal responsibility, and tie the consequences for a person to a choices and how well he or she executes chosen actions and expressions. Free markets, particularly in a globalized and efficient world, would tend to de-emphasize the effect of social position and allow personal relationships to be explored for their own sakes, rather than for their meaning for others in a social network or family.

But even today, the stability and safety of a culture can be threatened by the outside world. Sometimes it seems that we have forgotten our nervousness after 9/11. But now, in a somewhat different way, the possibility of a major “H1N1 flu” (or swine flu) worldwide pandemic raises these questions again. These blogs have covered a variety of other threats that can come about because of natural causes of because our culture has made enemies.

H1N1 can raise profound ethical questions about individual behavior, particularly if the virus affects different people in unpredictable and highly variable ways. The issues are totally different from those that we debated within the male gay community in the 1980s over HIV, and with a casually transmissible disease like H1N1, “personal responsibility” seems much less clear cut. One is asked to be his brother’s keeper, even if one reasonably believes he or she is unlikely to be seriously sickened by ordinary social crowding. That’s the consequence of rapid talk that governments should rapidly impose “social distancing” as pre-emptive containment, which would be tremendously and disproportionately costly to some kinds of people.

In such settings, social structures become more important. These include both the blood family and the state. Particular individuals are, by measures taken outside the normal economy, expected to make inequitable sacrifices for others. The legitimacy of the authority of those in charge becomes an important issue, and can lead to a preoccupation with both personal “deservedness” and loyalty to the community and family instead of the normal self. And we start to see a more structured society that social conservatives often favor (as in the discussion of shifting morality, April 25). There may be stability, and there may be complex rationalizations that the individuals who are asked to sacrifice are more marginal and contribute less. There may be a sense of “morality” but there is the obvious risk of abuse, gross inequalities, and loss of personal expressive freedom to serve the interests of those who can preserve society.

Western society is committed to saving and protecting every possible human life, including the most vulnerable. The fact is, however, that this desire has to be balanced against liberty interests. You can’t have satisfying freedom as an individualist understands it when economic measures fail and actions ordered by others require random and arbitrary sacrifices, supposedly to protect every life at any cost. Freedom requires accepting living with some level of risk and uncertainty. Generally, most people survive most pandemics (HIV is a strange exception), and this was true even of the 1918 Spanish flu. Most of the time, people moving freely come into contact and build up gradual resistance to new agents. But there is uncertainty and there are exceptions. Technology (and changing demographics) has made it possible for novel diseases to spread quickly and unpredictably. And technology can save us with a vaccine, but we need to get at it quickly, and make it at home.
Posted by Bill Boushka at 8:13 PM