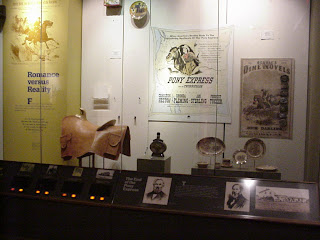 The Wall Street Journal reported today (April 7, 2009) in its print edition on the front page, in a story by Russell Adams, that the Associated Press is launching a premeditated effort to monitor and control the use of its content online in various portals, including “news amalgamation” sites that reproduce headlines and excerpts, and search engines. It was not clear how ordinary blogs would be affected if they merely hyperlink in a conventional fashion.

The full title of the story is “AP to Fight Illegal Use of Content on Web Sites”. The link here shows the full story only to subscribers (this is common with many but not all WSJ online stories) but shows the beginning to all. I happened to pick up the print edition today.

The Associated Press has maintained that it must protect the revenue stream for its member organizations to protect a free press.

Other sites, including AOL, MSNBC and The Washington Post, often reproduce AP stories with permission. Sometimes the stories disappear after two weeks (according to AP permissions contracts), but on MSNBC it appears that the stories often stay up indefinitely.

When a story originates on the AP, I always try to give the URL if I can find it, but sometimes I cannot find it on AP when I do find it on other newspaper sites or MSNBC. Even on AP the content expires and disappears after time. The story often appears with the banner of a particular newspaper, but often it does not appear logical to me that the newspaper could have originated the story.
Posted by Bill Boushka at 3:19 PM