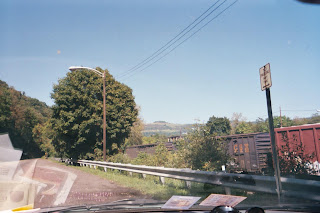 Bradley A. Smith and Jeff Patch have an important op-ed on p A13 of the Tuesday March 3, 2009 Wall Street Journal, “Can Congress Regulate All Political Speech?” The case is Caperton v. A. T. Massey Coal Co, and the arguments were heard before the US Supreme Court today; the WSJ story ("Can Congress Regulate All Political Speech?: The ultimate stakes could not be higher")is here.

Apparently Massey Co.’s CEO Don Blankenship spent a lot of money against incumbent West Virginia state supreme court justice Warren McGraw, who was defeated by Brent Benjamin. Caperton had won a judgment against Massey, but the case went through the state system with the appeal eventually heard by Benjamin. The case before the Supreme Court maintains that Benjamin should have recused himself.

The US Supreme Court cert document is here. The West Virginia documentation is here.

The implications of the question have to do with the difference between “campaign contributions” and “independent spending” which is so critical to campaign finance law. Between 2002 and 2006, recall, there was considerable controversy over whether blogger’s coverage of political candidates represented indirect “contributions” that needed to be regulated by campaign finance law. There had been a court decision saying, maybe, and the FEC eventually decided that blogs like this one did not amount to “campaign contributions” even if they happened to accidentally become somewhat partisan. That controversy became intertwined with a major incident in my life with my own speech when I was teaching, because of a newspaper editorial (see July 27, 2007 on this blog).
Posted by Bill Boushka at 5:18 PM